Latest News
Home /Is The Economy Still The Most Important Thing For Trump’s Reelection?

The U.S. economy lost 700,000 jobs in March, while more than 10 million Americans filed unemployment claims. The economy is tumbling in the wake of the coronavirus, and now there’s a very real possibility that we’re on the verge of a recession.

There’s still a lot we don’t know — including the severity and the length of the downturn we currently find ourselves in — but the economic outlook in the next few months could play an outsized role in President Trump’s reelection chances this November. It’s difficult to pinpoint how the economy might matter this time around, but historically, economic conditions have been of consequence in presidential elections. However, that might be less true now, given how increasingly polarized and partisan American politics are.

For a long time now, political science has found a positive relationship between consumer sentiment and a president’s approval rating. That is, the more optimistic Americans are about the economy, the higher a president’s approval tends to be. But now there are signs that is no longer the case. Trump’s approval rating, for instance, doesn’t really track with views of the economy — it’s lower than you’d expect. The same disconnect was true during former President Barack Obama’s tenure, leaving some political scientists to conclude partisan loyalties might now be more important than anything else — even the strength of the economy — in evaluating presidential performance. 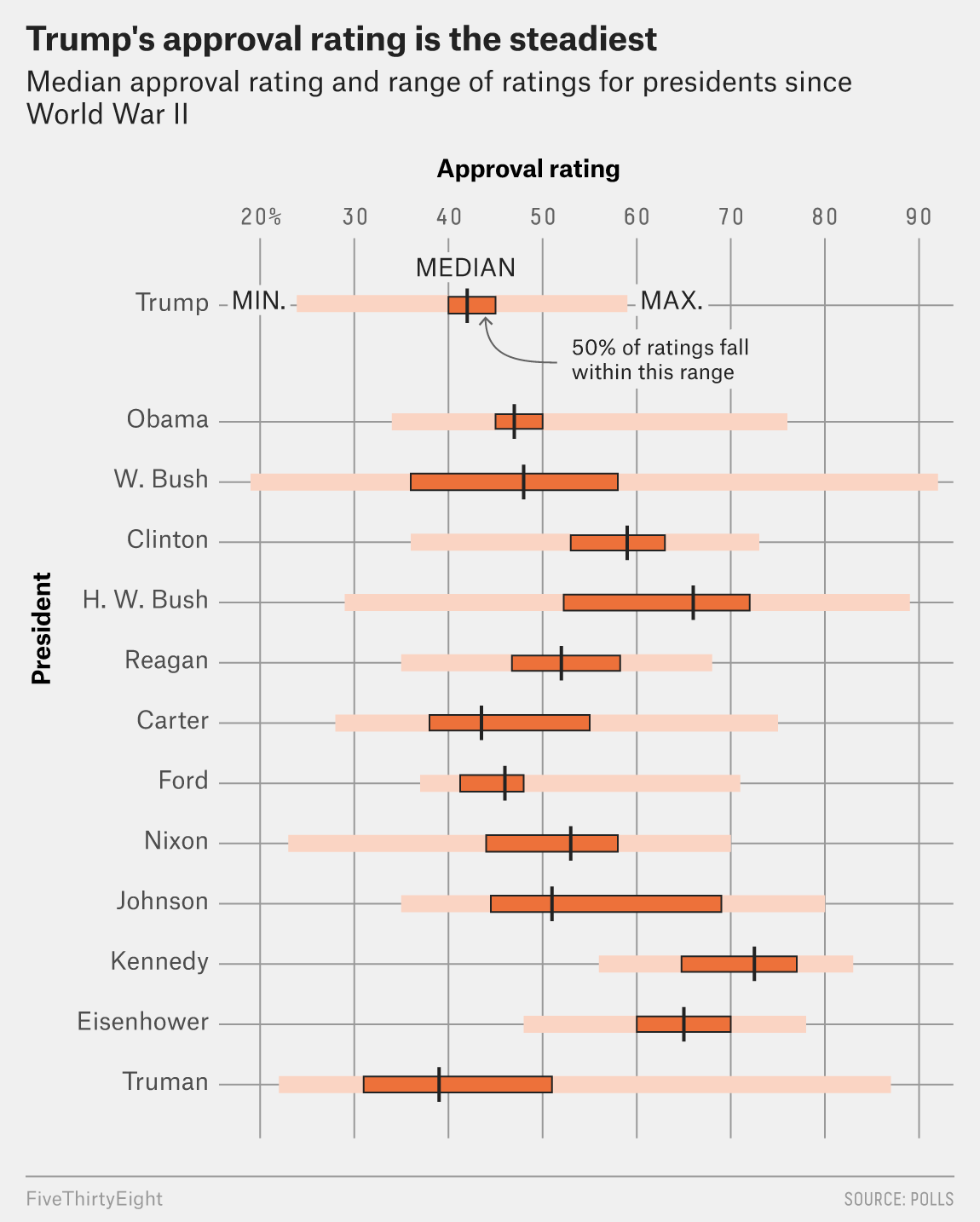 Much of what we’re seeing here can be explained by ever-increasing partisan polarization. In fact, the growing divide between Republicans and Democrats is larger than at any other point in the last two decades, according to the Pew Research Center. Practically, what this has meant that a president like Trump gets sky-high ratings from Republicans (Gallup found 89 percent approved of him over the past year) and incredibly low ratings from Democrats (7 percent). Even a good economy doesn’t move the needle as much because partisanship also increasingly influences how people judge economic conditions. For instance, Pew found earlier this year that 57 percent of Americans rated the economy as “excellent” or “good,” but 81 percent of Republicans answered that way compared to just 39 percent of Democrats.

Christopher Wlezien, a political scientist at the University of Texas at Austin who studies how economic conditions influence presidential elections, told me that on average, elections tend to be “roughly half economics and half other stuff,” but that may not be the case for Trump. “Given where his approval ratings are, where his poll performance is and where the economy has been, a lot of what’s going on here is non-economic,” Wlezien said, adding that strong partisanship is undoubtedly part of it. “The stronger [people] identify with parties, the less things like economic factors matter,” Wlezien said.

That said, Trump has generally scored better on the economy than on other issues during his time in office, but similar to Obama, he hasn’t really enjoyed a boost in his approval ratings despite overseeing — until very recently — the longest period of economic expansion in U.S. history.

But even though views of the economy are filtered through partisan views, we have recently seen that they aren’t completely immune to bad news. The latest poll from The Economist/YouGov found that the share of Republicans who felt the economy was getting better had fallen 32 points, from 70 percent in early March to 38 percent. Only 7 percent of Democrats said it was getting better. That was in line with previous polls, but the drop in Republican expectations of the economy could be a bad omen for Trump. If Republicans’ economic expectations sour enough, some of them might disapprove of Trump despite partisan attachments to him.

Yet it might not be as bad as it might seem for Trump, as it’s possible that perceptions about the prospects for recovery will be more important than the current downturn. The media tends to focus more on the economy’s future anyway and less on current economic conditions. So if the economy seems headed toward recovery after the worst of the crisis, that might play favorably in the court of public opinion. Not to mention, voters tend to take a more holistic view of the economy, accounting for as much as two years of past economic performance when voting in presidential contests — which could be good for Trump, as the economy had been pretty good for most of his time in office.

Nonetheless, the economy still might not be the most important factor in the November election: It could be primarily about Trump himself. “All the evidence seems to point to referendum judgments mattering a lot more when there’s an incumbent than when there’s not,” Wlezien said. In fact, there is evidence that vote choice is unaffected by economic attitudes if an incumbent president is running. According to political science research, voter assessments of the economy are too closely linked to perceptions of the president and don’t make that much of a difference, which, again, brings us back to partisanship and Trump’s steady approval rating.

If there is evidence of economic recovery by the fall, the huge partisan gap in attitudes toward the economy may return to pre-crisis levels. And with that, the election might look much like it did only a few weeks ago: Democrats overwhelmingly supporting the Democratic nominee and Republicans overwhelmingly supporting Trump, with the economy not mattering much at all.