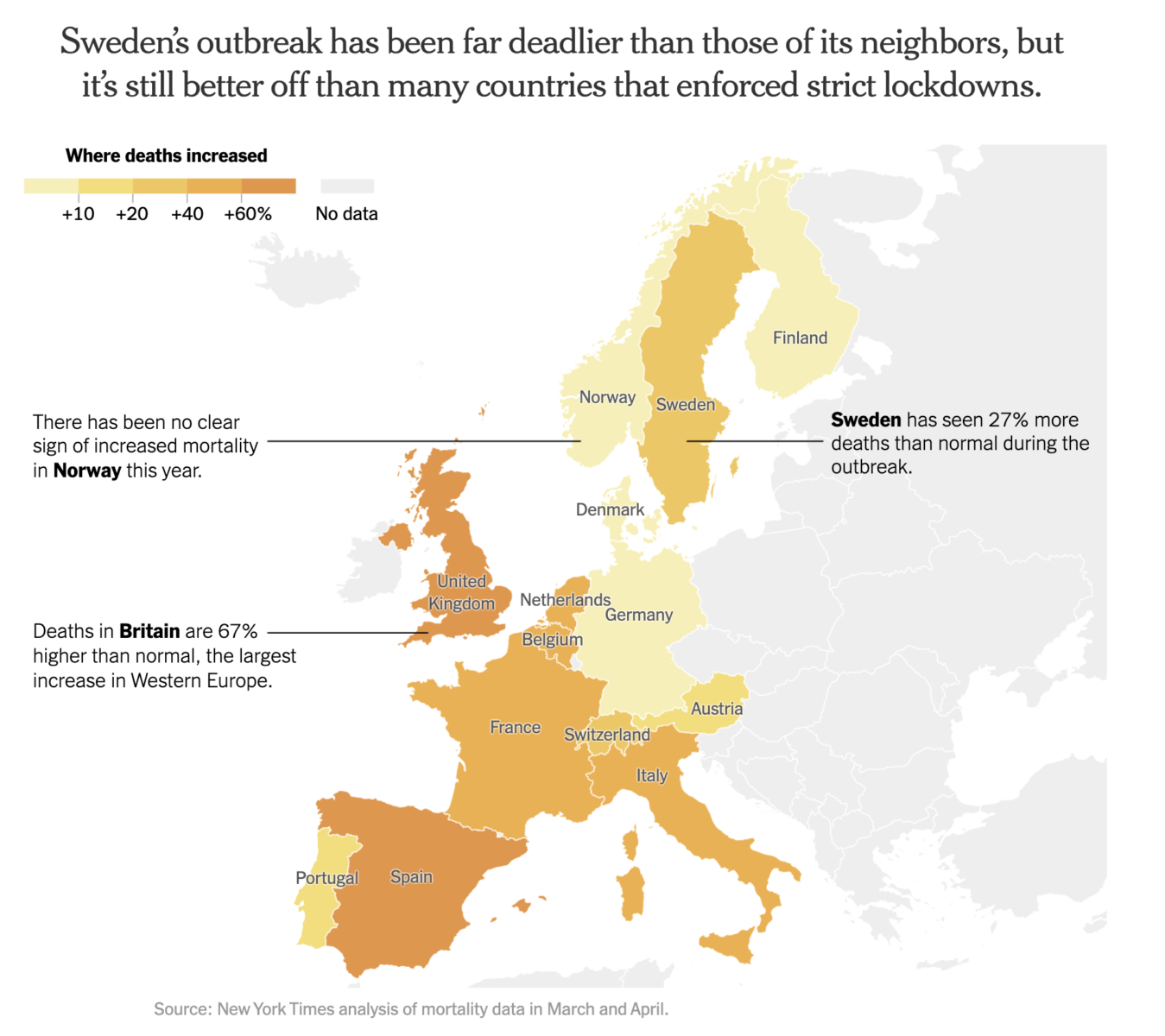 Two weeks ago, I mentioned that Sweden was doing much worse than its immediate neighbors. This was in direct contradiction to the claims being made that Sweden, whcih did not do a radical lockdown like its closest neighbors did, was all the better for it. Its immediate neighbors have with a similar climate, genetic background, and cultures, and so are tailor made for a fair comparison.

And how did that comparison turn out? Not very well:

“Across Sweden, almost 30 percent more people died during the epidemic than is normal during this time of year, an increase similar to that of the United States and far higher than the small increases seen in its neighboring countries. While Sweden is the largest country in Scandinavia, all have strong public health care systems and low health inequality across the population.

“It’s not a very flattering comparison for Sweden, which has such a great public health system,” said Andrew Noymer, a demographer at the University of California at Irvine. “There’s no reason Sweden should be doing worse than Norway, Denmark and Finland.”

Italy, Spain and Britain- have had an even worse outcome than other countries in Europe. But these high tourism, higher density, countries are not the best yardstick by which to compare the Sweden experiment. Until we can explain why Stockholm’s approach has been so much worse than  Norway, Finland and Denmark, it appears to be a policy mistake to avoid.

So much for the open approach to Scandinavian herd immunity.