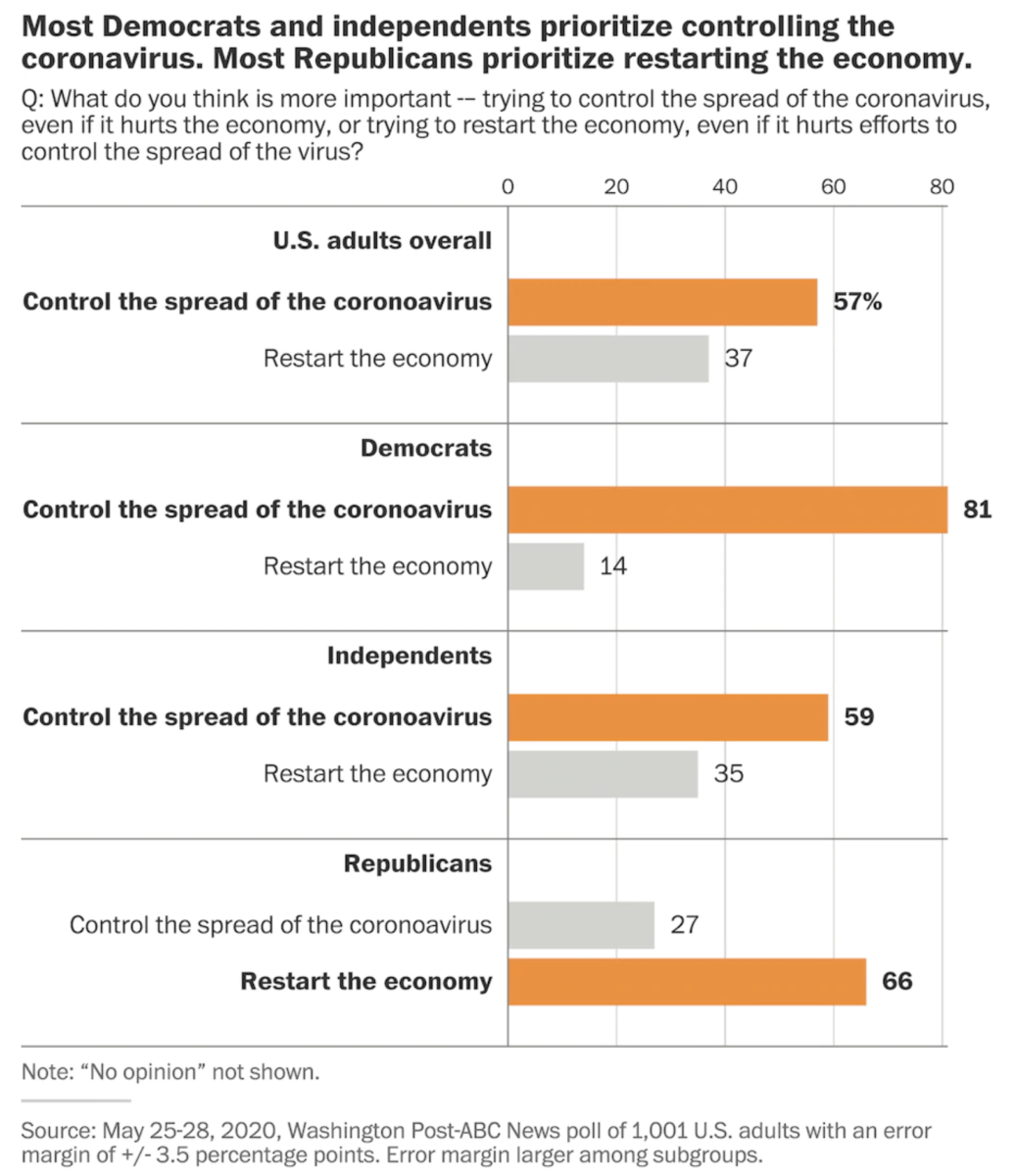 Some people are genuinely concerned for their own safety and that of their families; this is especially true in those areas that were hard hit by Covid-19. Other areas, either through luck or density or geography or simply competency handled the initial infection better. They are more inclined to open, albeit cautiously.

“Nearly 6 in 10 Americans say the coronavirus outbreak has exacted a severe economic toll on their communities, but a majority of a divided country still says controlling the virus’s spread is more important than trying to restart the economy, according to a Washington Post-ABC News poll.

The nationwide survey finds that despite the shared disruption of their daily lives since stay-at-home orders began, partisans differ sharply on how the country should move forward.”

There are clear demographic splits:

“There are sizable gender and racial gaps on this issue, too. Women, by more than 2 to 1, say controlling the spread of the virus should be the higher priority, while men are evenly split. Additionally, black Americans, who have suffered disproportionately from the virus, overwhelmingly favor controlling its spread, with about 3 in 4 citing this as their priority.”

Last, some people seem see this issue in  through a political lens: