What next for the Fed as signs of recovery emerge? FT

How long does the coronavirus last inside the body? National Geographic

The Tiny Data Firm at the Center of the Hydroxychloroquine Storm Bloomberg.

Is The Coronavirus Crisis Over? HuffPo

Confirmed coronavirus cases are rising faster than ever CNN

More than half of England’s coronavirus-related deaths will be people from care homes Guardian. “Care homes,” “darkness visible,” “community policing….” In retrospect, the ice floes would have been better. On the bright side, the fiscal situation of the UK’s retirement system must have improved.

How the Protests Have Changed the Pandemic The New Yorker. Protests and spreading, a thread:

I want to go on record with obvious point: large gatherings of people facilitate spread of contagious disease. The *reason* for the gathering (whether street protests for a cause I support, or GOP convention, or a sporting event) is not material to the spread of the virus. 1/

This little-known program has played a central role in the U.S. government’s coronavirus response CBS

We did the impossible.

On Monday NYC will open phase one.

We didn’t just flatten the curve — we crushed it. #NYTough

People dance to keep fit, to express themselves, to entertain and to stretch spirit. But for Chinese farmer Peng Xiaoying, it is a way to help her husband conquer depression pic.twitter.com/3KUd73CF3S

Even US$3 billion not enough to settle 1MDB case with Goldman, says finance minister Straits Times

Joe Biden the revolutionary? What a bunch of malarkey. WaPo

This Marvin Joseph photo of Black Lives Matter written on 16th Street by the White House, running atop tomorrow’s @washingtonpost front page, is really something pic.twitter.com/r7H8qoPV5D

‘Am I going to get shot?’ kids ask, as brands try to explain racism and violence to children Reuters (re Šilc). The idea that “brands” have agency seems perilously close to the Bearded One’s concept of commodity fetishism.

Death of George Floyd in Minneapolis Result of Approved Minneapolis Police Training Larry Johnson, Sic Semper Tyrannis. As I keep saying, the Blue cities have the kind of police that their Democrat mayors want.

Chicago Mayor Says Police Union Is ‘Extraordinarily Reluctant To Embrace Reform’ NPR. Let’s remember that Rahm Emmanuel, Lightfoot’s Democrat predecesor and [genuflects] Obama’s chief of staff, was running his own Gitmo in Homan Square as recently as 2015. So, yeah.

57 members of Buffalo police riot response team resign after shoving incident Buffalo News. Not from the force; just the unit. More on the “shoving incident”:

#MartinGugino, the 75 year old man knocked to the ground by police in Buffalo, is a longtime peace activist and volunteer at the Catholic Worker, a movement dedicated to justice and peace, founded by Servant of God Dorothy Day, who also took to the streets to advocate for justice pic.twitter.com/9SxDS0705Y

We Crunched the Numbers: Police — Not Protesters — Are Overwhelmingly Responsible for Attacking Journalists The Intercept

Policing, Police States, and a Failure of Governance Mike the Mad Biologist

How to Do Reparations Right David Brooks, NYT. “There’s a wrong way to spend that money: trying to find the descendants of slaves and sending them a check. That would launch a politically ruinous argument over who qualifies for the money, and at the end of the day people might be left with a $1,000 check that would produce no lasting change.” Adolph Reed, February 2016: “We are in one of those rare moments in American history—like the 1880s and 1890s and the Great Depression—when common circumstances of economic and social insecurity have strengthened the potential for building broad solidarity across race, gender, and other identities around shared concerns of daily life. These are concerns that only the minority of comfortable and well-off can dismiss in favor of monuments and apologies and a politics of psychobabble, concerns like access to quality health care, the right to a decent and dignified livelihood, affordable housing, quality education for all. They can be pursued effectively only by struggling to unite a wide section of the American population that is denied those essential social benefits or lives in fear of losing them. Isn’t it interesting that at such a moment the corporate-dominated, opinion-shaping media discover and project a demand for racially defined reparations that cuts precisely against building such solidarity?”

Trump is incapable of wielding power The Week. But read all the way to the end.

There Can Be No Change. Heisenberg Report (re Šilc). Interesting!

Jim Cramer: The pandemic led to ‘one of the greatest wealth transfers in history’ CNBC

$JPM CEO Jamie Dimon kneeling with staff during his first public appearance in 3 months at a @Chase branch in Mt. Kisco pic.twitter.com/ycI0ZJrhUY

To buy wholesale milk for its food boxes, USDA is paying well above retail prices The Counter 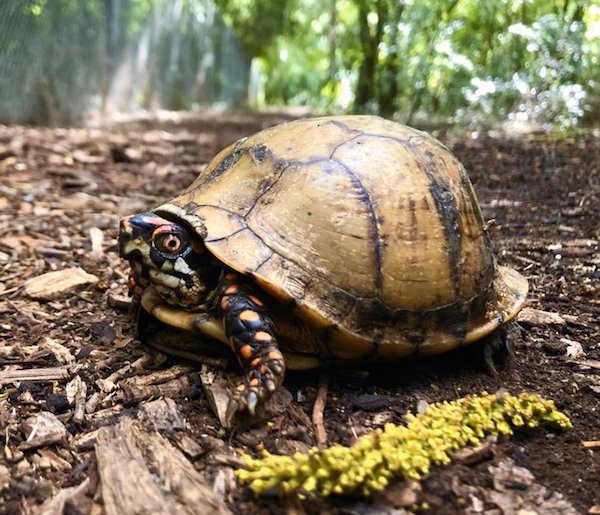