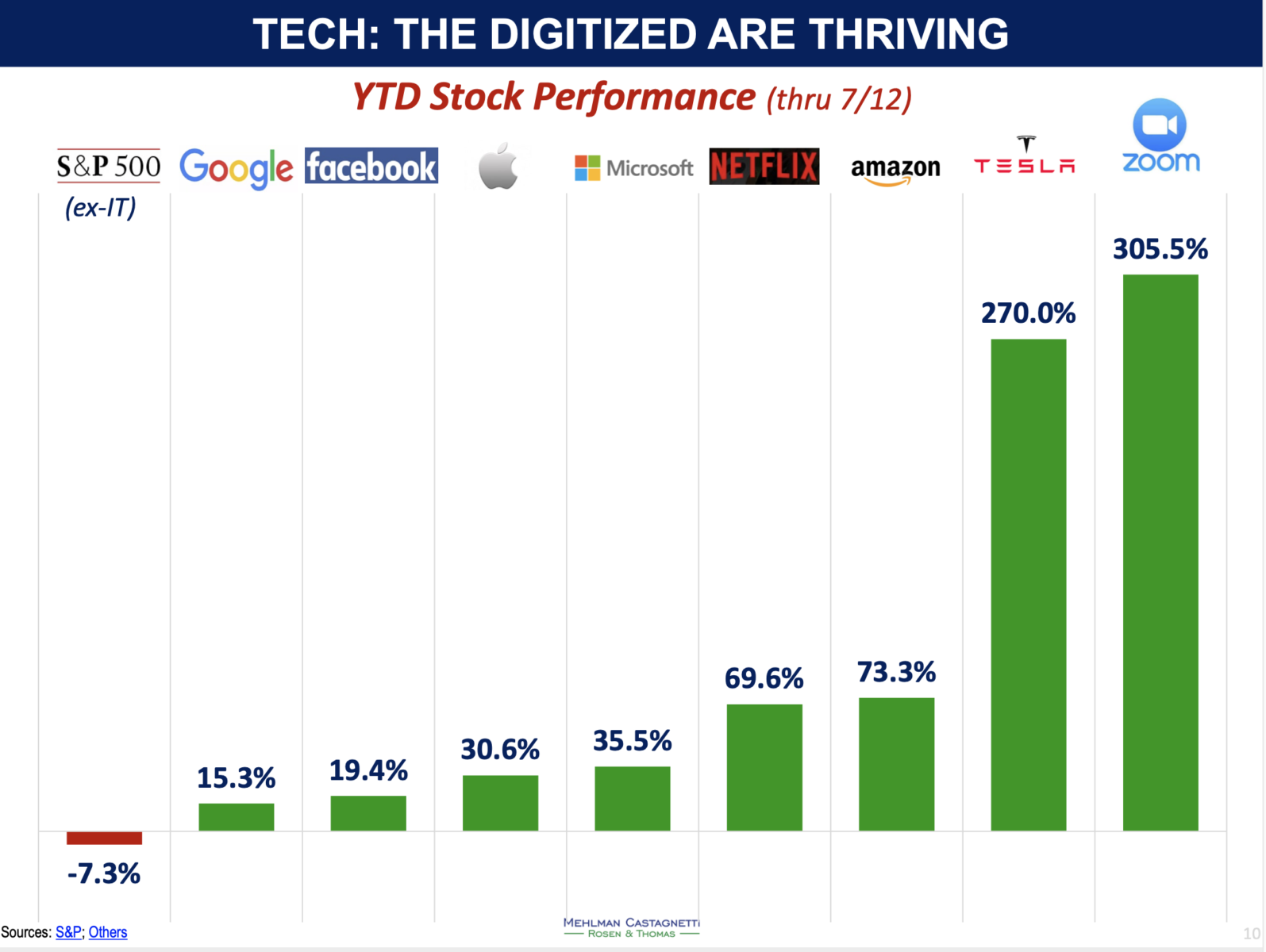 Its FAANMG week here at TBP, with yet another variation of what we have been discussing regarding the domination of large cap technology.

While Zoom is surely profiting from the WFH phenomena, it is the other, larger and more influential stocks that have captured my attention.

Tesla is its own unique creature, a cult stock with a charismatic leader and a unique product vastly superior to its competitors in numerous ways. It is very reminiscent of 1990s Apple, after Steve Jobs returned as the prodigal son. As we noted previously:

“Tesla has forced the rest of the automotive industry to go along with it. Other carmakers, perhaps having learned a lesson from watching Apple and Amazon destroy competitors, have switched rather than fight. Instead of ceding the electric-vehicle market to the Silicon Valley-based interloper, they have responded aggressively to the e-threat. Every major automaker has aggressively embraced electrification of their fleets. Tesla has already changed the entire industry.”

FAANMG is not the same as the 1990s tech boom. These companies are driven by revenues and profits, not clicks and eyeballs. I suspect those who believe this is a parallel bubble to the dotcom boom and bust will be sorely disappointed.

Previously:
Winning by Changing the Rules of Business (March 14, 2018)