A local bank wants your coins, and it will pay you above face value for them Journal-Sentinel

Private Equity Titans Turn to Europe for Mega-Deals Bloomberg. “No U.S. targets featured in the top five for the first time since 2003.” The locusts move on. Tomorrow to fresh woods, and pastures new.

Companies Made Millions Building Unemployment Websites That Didn’t Work The Markup. If by “work” we mean “deliver benefits on time,” yes.

Children are not COVID-19 super spreaders: time to go back to school (free) Archives of Disease in Childhood vs. Contact Tracing during Coronavirus Disease Outbreak, South Korea, 2020 CDC (summary). So we have conflict. Since the result of opening the schools is, potentially ruin — granted, not for the 1%, at least not yet — the Precautionary Principle would seem to indicate that we should keep the schools closed.

Detection and Genetic Characterization of Community-Based SARS-CoV-2 Infections — New York City, March 2020 CDC From the abstract: “The NYC Department of Health and Mental Hygiene [(DOHMH)] conducted sentinel surveillance of influenza-like symptoms (ILS) and genetic sequencing to characterize community transmission and determine the geographic origin of SARS-CoV-2 infections. Among 544 specimens tested from persons with ILS and negative influenza test results, 36 (6.6%) were positive. Genetically sequenced positive specimens most closely resembled sequences circulating in Europe.” But note also: “During the weeks of March 8 and March 15, there was an increase in confirmed cases of COVID-19 among persons aged Covid-19 and Disparities in Nutrition and Obesity NEJM. From the abstract: “Though the factors underlying racial and ethnic disparities in Covid-19 in the United States are multifaceted and complex, long-standing disparities in nutrition and obesity play a crucial role in the health inequities unfolding during the pandemic.” Social determinants of health.

“We All Want To Pretend This Isn’t Happening”: Mask-Free Pandemic Parties Are Popping Up In NYC Gothamist

‘Remember to smile with your eyes’: how to stay safe and look great in a face mask Guardian. It works!

Inside Trump’s Failure: The Rush to Abandon Leadership Role on the Virus NYT

For parents who can afford it, a solution for fall: Bring the teachers to them WaPo and In the Same Towns, Private Schools Are Reopening While Public Schools Are Not NYT. You say “destruction of the public school system” like that’s a bad thing.

‘Welcome to Typhoid Mary Middle School’: Why an Educator and Dad Thinks Reopening Our Schools Is a Non-Starter Common Dreams

Despite the cheery font, I can see how many would not find this re-assuring:

Can foreigners be charged under #NationalSecurityLaw for #HongKong?

Former Black Country MP Ian Austin lined up for life peerage Express & Star. If I understand the UK context, this would be like President Biden awarding the members of the Lincoln Project the Presidential Medal of Freedom.

The U.S. Set Up These Programs to Offset Covid Hardship. They’re All About to Expire. Bloomberg. Handy chart:

America’s leaders face an urgent set of decisions on whether to extend history’s biggest rescue effort—or let parts of it lapse https://t.co/BTJZDQHBip pic.twitter.com/wQFe5AKuzW

Televangelists take a slice as churches accept billions in US coronavirus aid Guardian. I’ve always felt that religion should be run like a business.

How Dr. Deborah Birx’s political skills made her the most powerful person on the coronavirus task force CNN. Birx.

Can the United States be United Again? Eugene Robinson v. Ian Bremmer, Pairagraph, “A hub of discourse between pairs of notable individuals,” in this case running the gamut from Bremmer to Robinson.

Vehicle Ramming: The Evolution of a Terrorist Tactic Inside the US Just Security

The Border Patrol Was Responsible for an Arrest in Portland The Nation. A welcome caveat:

I do think it’s important to note that both local cops and feds (especially ICE/Border Patrol/etc.) have been extra-judicially black-bagging people for years. Chicago PD disappeared *7,000 PEOPLE* in a decade, including 7 years under Obama!

And about those uniforms:

Hmm, Police Officers hiding their names and only obliged to identify themselves with a generic tag as a member of their organisation? Im sure I’ve heard of that approach used somewhere before… pic.twitter.com/LJ1sfeEJbV

Make a note, We need to forbid police and federal agents from using military uniforms . The camo uniforms are meant to blend into terrain, the want to be warriors should be in police uniforms 👮‍♀️ with names and badge numbers , this secret 👮‍♀️ police bullshit is misuse of @DHSgov pic.twitter.com/lEHoB1fK5z

Not all would agree that ths is a “misuse of DHS,” but the revulsion spans people not usually in alignment.

“Roughly two-thirds of the United States’ population lives within the 100-mile zone—that is, within 100 miles of a U.S. land or coastal border. That’s about 200 million people.”

9. The feds have riled things up here. A week ago the protest movement seemed tired. It had shrunk to only a few hundred, occurred largely later at night (not at dusk) and was focused almost exclusively in the downtown. That is changing. https://t.co/vuM7wBSHNV https://t.co/vSj3TywLNe

Were the Actions of Federal Agents in Portland Legal? NYT

The seeds of future victory in chaos: a public option emerges. https://t.co/H3SGnqXBJ4

How much does the F-35 actually cost? Speaking Security

The Long, Lingering Death Of The U.S. State Department The American Conservative

The Double Horseshoe Theory of Class Politics Michael Lind, The Bellows. Well worth a read (though the diagram omits the billionaires).

How constant Slack messaging has made work more taxing FT. A tax on time…. 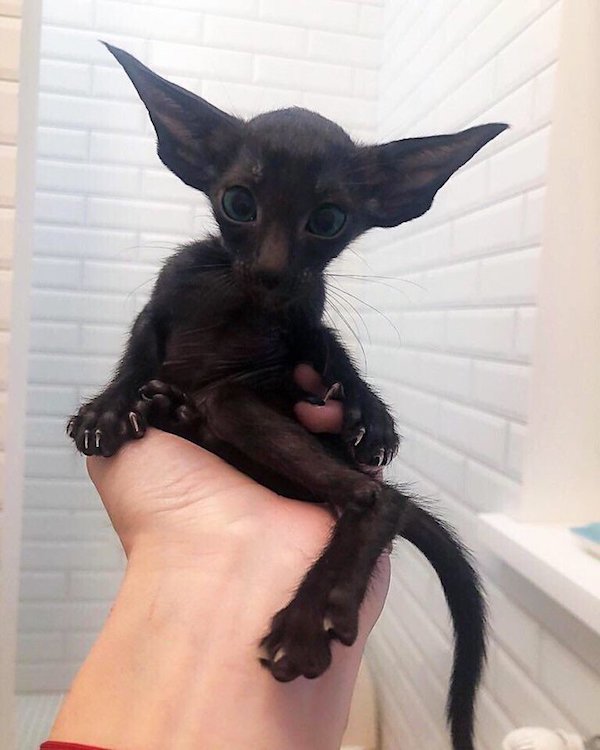 And upping my dog game: