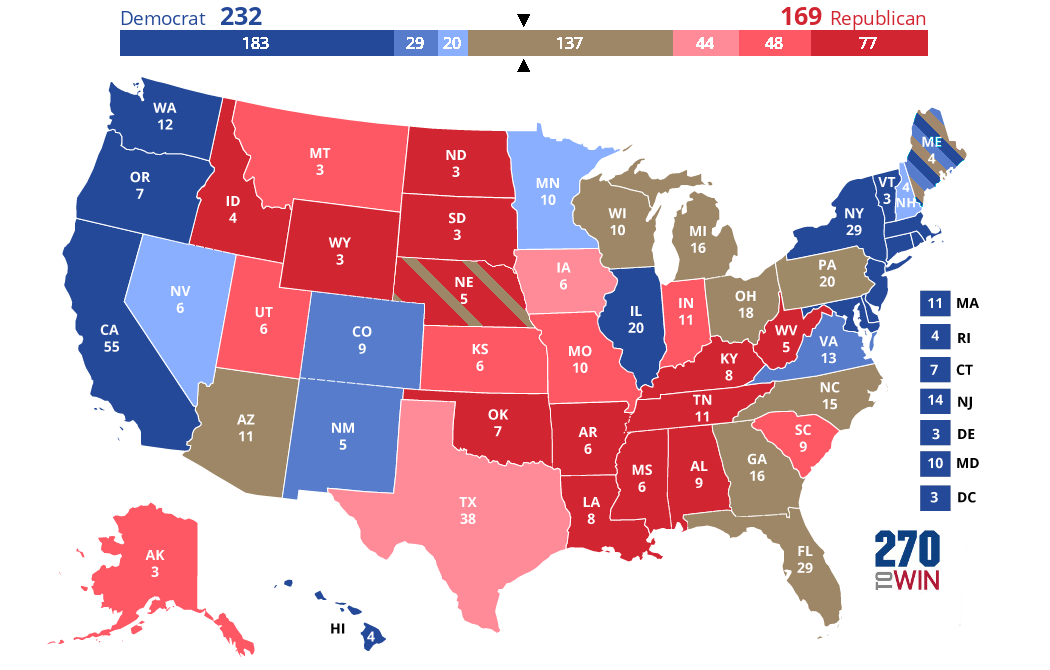 There are about 100 days to go to the election — and people keep imagining how the electoral college maps will shake out. The site “270 To Win” lets you create your own electoral college map on a state by state basis. The map above is their “Consensus Electoral Map” (as of July 17) that has been sent to me by folks on both sides of the aisle.

The version above comes from someone  I would describe as “conservative, but pragmatic,” a GOP ticket voter in 2016, off of the Trump train in 2020. He has Wisconsin, Michigan and Pennsylvania as toss-ups, which I suspect some of you might not agree with.

Here are a few 4 other examples: 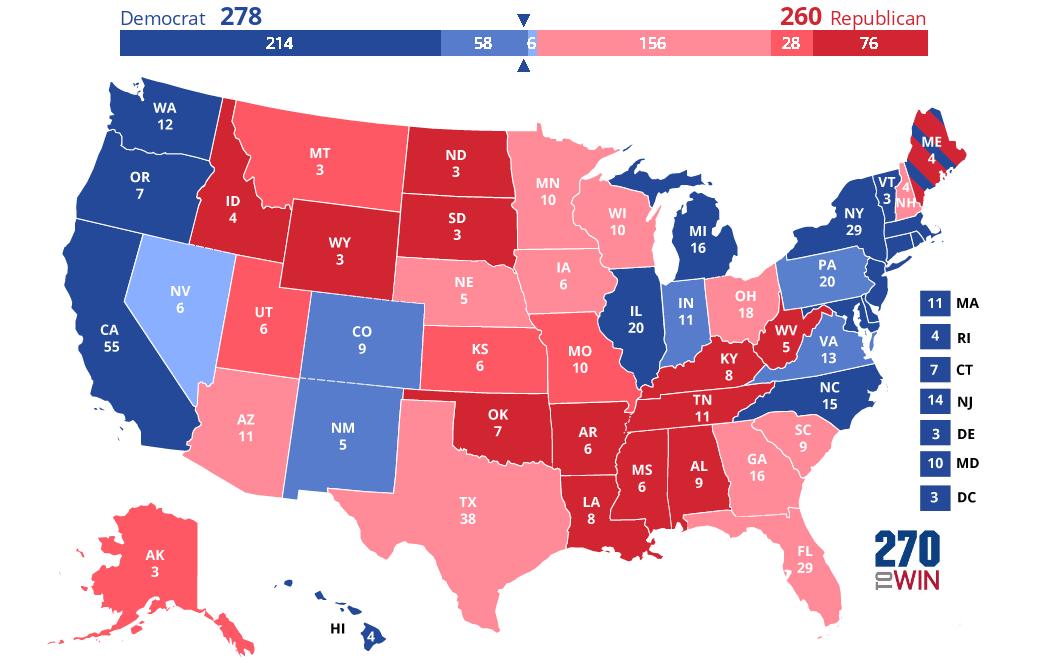 2. Narrow Victory, Trump:  Michigan, North and South Carolina go blue, Maine and Nebraska split EC votes, but Trump holds on well enough to captures 270. I don’t know how probable this is, but it gets the incumbent to victory with exactly 270. Turn South Carolina red and Wisconsin blue and its Biden with 270: 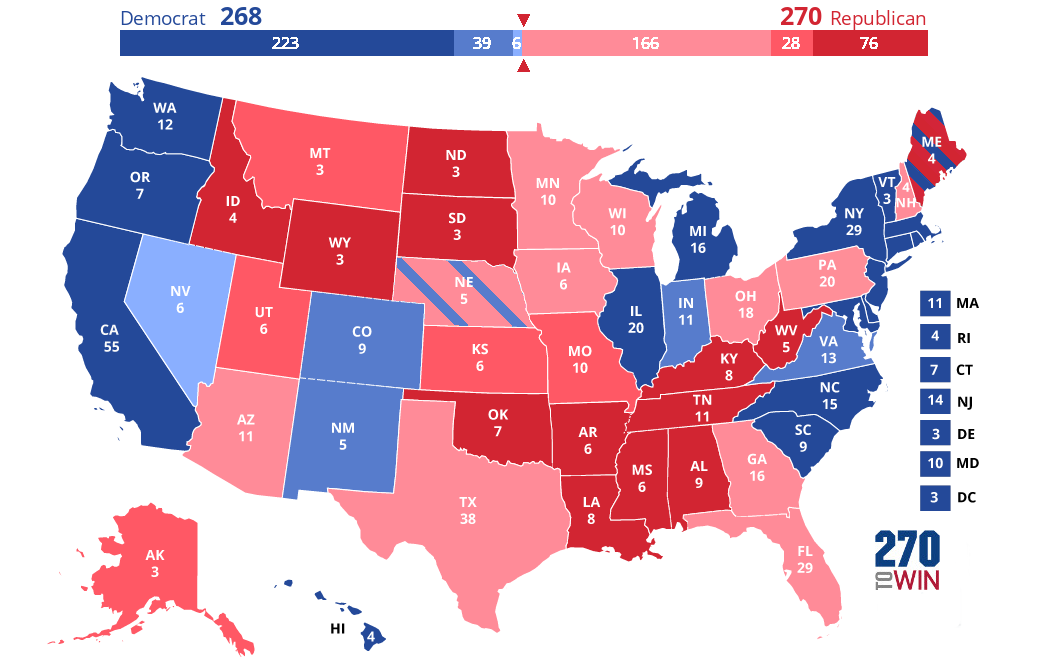 3. Decisive Victory, Biden: It is July, and there is still time for Trump to turn this whole thing around, but this appears to be the current projection. Maybe this map represents peak Biden, and he never has this much support again. Still, if we forget the chatter about Texas and Arizona, and have Florida and Ohio staying with Trump, its still  310 electoral college votes for Biden: 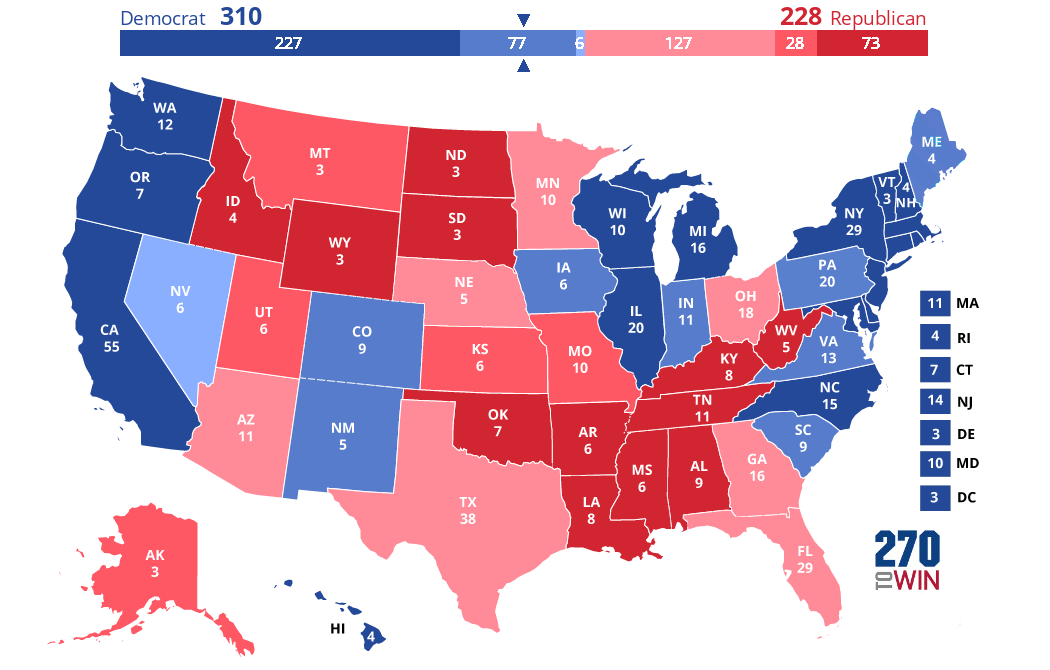 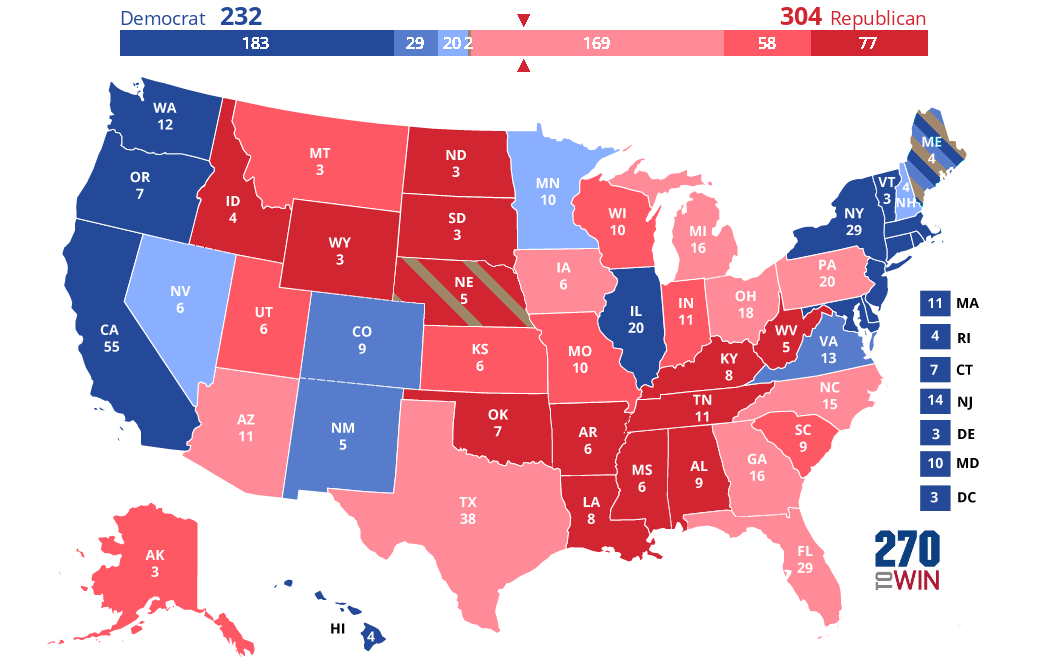 5. Blowout Landslide Biden: Consider this scenario: The sunbelt gets overrun with infections, sees a surge in fatalities, as its hospital systems are overwhelmed with Covid-19. Despite Trump embracing masks late in July, the electorate is infuriated. The bungled response by POTUS leads some states to vote for the Democrat — for some states, the first time in decades. Not just swing states Florida and Ohio, but Texas and Arizona shock the nation by giving the challenger more than 400 electoral college votes: 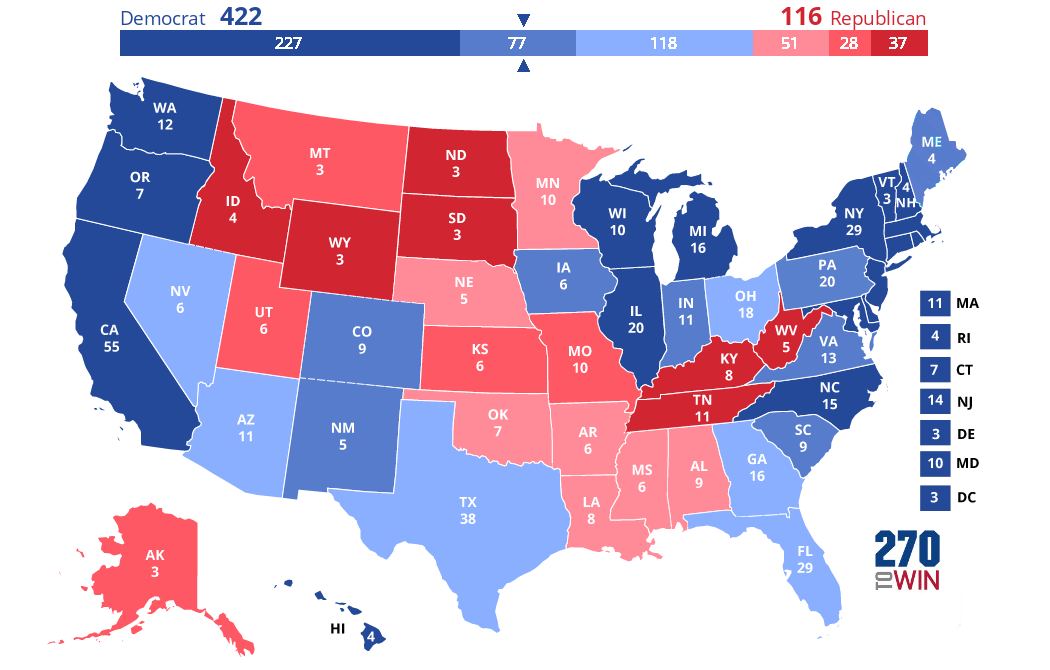 Yes, there are more than 100 days, and while anything might happen, some of the bigger outliers are hard to understand. Can Texas really go blue before 2030? Are Wisconsin and Michigan already lost to Trump? Is Biden as strong in Pennsylvania as many suggest? Sure, Ohio and Florida swing both ways, but are Arizona  and Georgia — Yes,  Georgia?!? — really in play?

270 To Win is a fun site, one that lets you play with all of the combinations of lean D/R, strong D/R, or tossup. Check your assumptions at the door, and see how the 2020 election comes out in your view.