Companies Start to Think Remote Work Isn’t So Great After All WSJ. “[A]s the work-from-home experiment stretches on, some cracks are starting to emerge. Projects take longer. Training is tougher. Hiring and integrating new employees, more complicated. Some employers say their workers appear less connected and bosses fear that younger professionals aren’t developing at the same rate as they would in offices, sitting next to colleagues and absorbing how they do their jobs.”

How a New Effort to Trace Emissions, Led by Al Gore, Could Reshape Climate Talks Time

Searching High and Low for the Origins of Life RealClearScience

Jim Chanos: ‘We are in the golden age of fraud’ FT

Researchers map how coronavirus infection travels through cells of nasal cavity and respiratory tract (press release) University of North Carolina (original). “[SARS-CoV-2 ] infects the nasal cavity to a great degree by replicating specific cell types, and infects and replicates progressively less well in cells lower down the respiratory tract, including in the lungs.”

Face Coverings, Aerosol Dispersion and Mitigation of Virus Transmission Risk (preprint) arXiv (via). From the abstract: “[A]ll face covers without an outlet valve reduce the front flow through jet by more than 90 per cent. For the FFP1 and FFP2 masks [FFP = Filtering Facepiece] without exhalation valve, the front throughflow does not extend beyond one half and one quarter of a metre, respectively. Surgical and hand-made masks, and face shields, generate several leakage jets, including intense backward and downwards jets that may present major hazards.”

Dogs Can Sniff Out Coronavirus Infections, German Study Shows Bloomberg. Sounds like there are false positive issues, but mass screening is a good use case.

Science opens a door for getting students back into schools Dorchester Reporter. Hat tip to the reader who threw this over the transom, and whose handle I have misplaced.

An Elite Group Of Scientists Tried To Warn Trump Against Lockdowns In March Buzzfeed. The difficulty with “trust the science.”

Whose century? Adam Tooze, LRB. “In 1949, ‘Who lost China?’ was the question that tortured the American political establishment. Seventy years later, the question that hangs in the air is how and why America’s elite lost interest in their own country. Coming from Bernie Sanders that question wouldn’t be surprising. But it was more remarkable to hear William Barr, Trump’s attorney general, describe American business as ‘part of the problem’ because its corporate leaders are too focused on their stock options and have lost sight of the ‘national view’ and the need to ensure that ‘that the next century remains a Western one’. He warns corporate executives lobbying for China that they may be treated as foreign agents.” Well worth a read.

US agents force their way into China’s consulate in Houston as diplomats pack up SBS News (KW).

Goldman to pay Malaysia US$3.9bil over 1MBD scandal The Star. That’s real money. Why can’t we do that?

India, China Agree on ‘Early and Complete’ Disengagement of Troops From Eastern Ladakh The Wire

Grocery Shopping and Fish Markets: Weekly Rituals With My Father

Africa Starts to Have Second Thoughts About That Chinese Money Bloomberg

Why This Year’s Locust Invasion Is Setting Off Global Panic Vice (Re Silc). On locusts, see NC here, here, and here.

What Will Lula Do? Pepe Escobar, Consortium News

She said she recently tried to telephone actor Rob Reiner to express condolences at the death of his father, comedian Carl Reiner.

“I called Rob. ‘Rob, Rob darling, this is Nancy Pelosi, I’m calling to wish you and Michele my condolences. I’m so sad, your father was so funny and so wonderful,’” she said.

First class mail (letters and packages) used to always arrive within a week or so. Always. I can't even count the number of packages I sent domestic via USPS that experienced significant delays over the past few years because the number was so small.

Charlamagne tha God rips Biden: ‘Shut the eff up forever’ The Hill. “‘How the hell can Donald Trump be the first racist president in a country where 12 presidents before him owned slaves?’ asked Charlamagne, the popular African American host on New York’s Power 105.1.” It’s simple. 2016 is Year Zero. Liberal Democrats (and Bush Republicans) have no memory of events before that date.

How Warren, and the Professional Class Left Undermined Sanders 2020 Collide

Sick of AI engines scraping your pics for facial recognition? Here’s a way to Fawkes them right up The Register (dk).

In Portland, Questions Swirl Around Local Police’s Coordination with Federal Officers The Intercept

The Whiners Who Earn $200,000 and Complain They’re Broke Bruce Bartlett, The New Republic. In retrospect, Bartlett was one of the earliest Republicans to assimilate as a liberal Democrat. His bio (“longtime observer and commenter”) illustrates The Great Reset in action, as it erases his service in the Reagan Revolution and Bush the Elder administrations, as well as his tenure at Heritage and Cato. Not that he hasn’t changed his views, but the change is not as great as it might seem inside the Beltway bubble.

A Federal Eviction Moratorium Protecting Millions Ends Today. Renters In These States Are Most At Risk. Forbes

A Lot of Americans Are About to Lose Their Homes The Atlantic. We’d better get Team Obama back in; they’re experts in facilitating that process.

Why Class Formation Occurs in Humans but Not among Other Primates Human Nature (dk). “Our goal here is to regard a class as an alliance and use this idea to extend a model of coalition formation among animals (we use “coalition” to refer to social interactions and ‘alliance,’ to long-term relationships; a class is therefore an alliance). Specifically, we aim to show that in animal groups, dominants merely exclude subordinates from critical resources (access to which increases fitness), whereas in humans, the emergence of two or more classes is inevitable in any group in which individuals can profit from exploiting the resources produced or possessed by others, who are prevented from leaving the group.’” So anthropology, isn’t? Worth reading in full.

Beyond Moldy Jam: The Inside Story of What Went Wrong at Sqirl The LAnd

‘Spread out? Where?’ Smithfield says not all plant workers can be socially distanced Reuters

The psychology of misinformation: Why it’s so hard to correct First Draft (TH).

In praise of negativity Crooked Timber 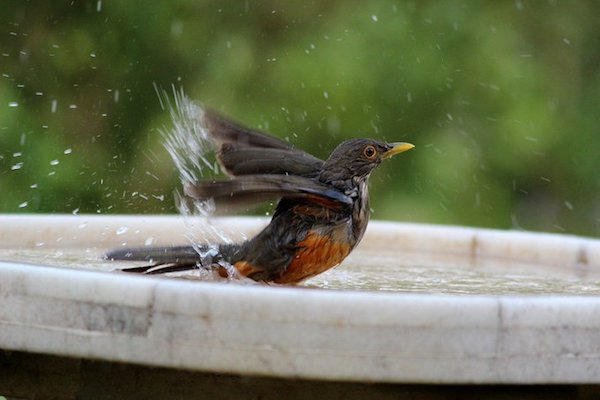