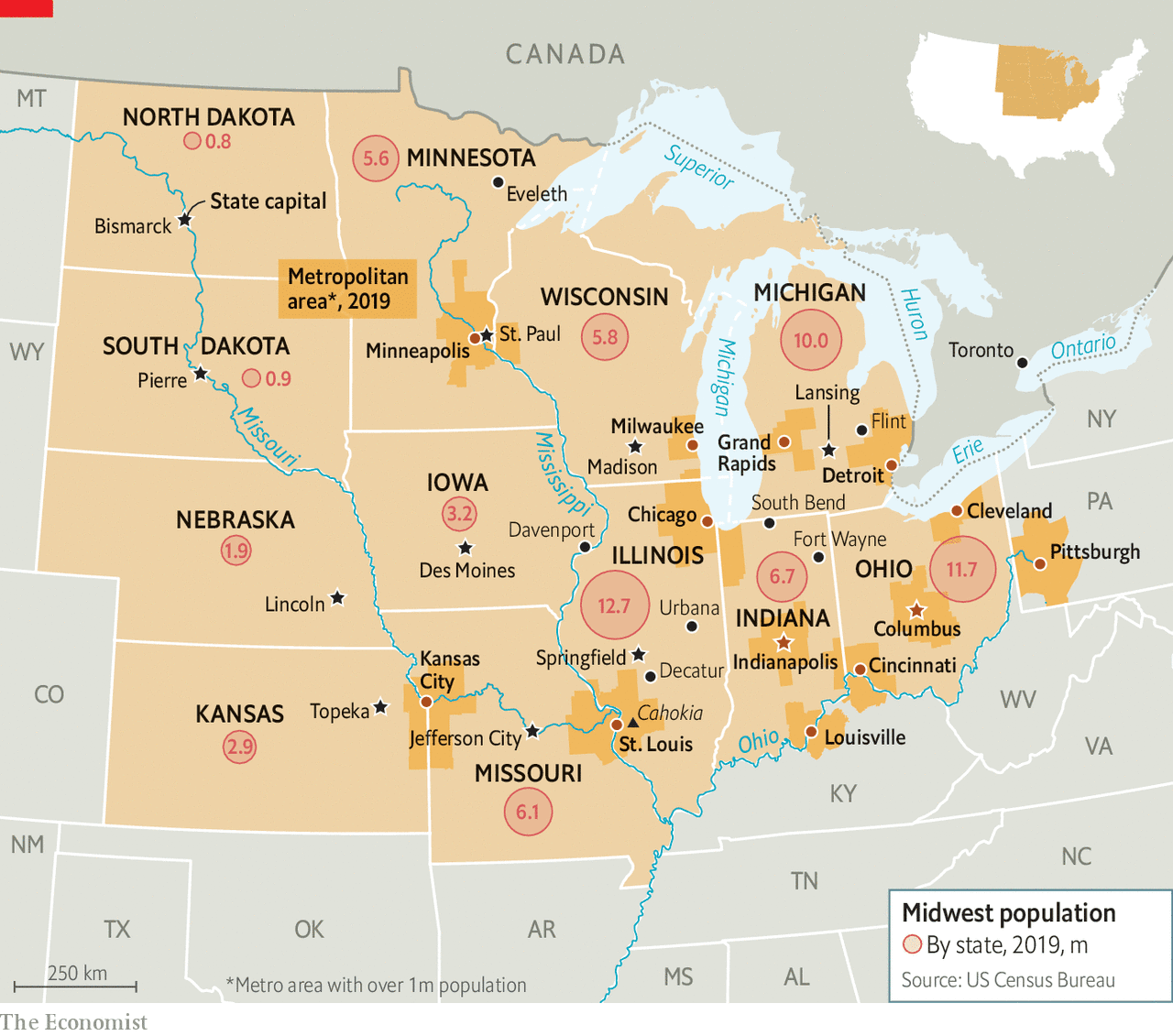 This is quite interesting:

“The Midwest is not the place of rusting cities and reactionary farmers of popular imagination. Its reality is more complex and more interesting. Most Midwesterners wouldn’t know which end of a cow to milk, for they live, by and large, in sprawling metropolitan regions. Many of these cities boast revived downtowns, cultural expansion, diversifying economies, thriving universities. The census this year will show many of them gaining people, although the region overall will grow little. Bigger places like Chicago and Pittsburgh, and smaller ones like Ann Arbor and Madison, have done well of late. Even those with deeper troubles, such as Detroit and Cleveland, have been improving.

In politics, too, there has been cause for cheer. Some towns have become beacons of liberalism (even if that causes unease in rural parts). Illinois legalized marijuana this year and was planning to wipe clean prison records for thousands of people. In Michigan, early this year, lawmakers were seeking ways to shrink its jail population. Two years ago, each of two urban districts in Michigan and Minnesota elected Muslim women to Congress.”