Tech titans had their day before Congress. Now what? CNN

The Extremely Boring Idea That Could Save the Economy Slate (Re Silc: “Automatic stabilizers: learn them, live them, love them”).

We Need to Talk About Ventilation The Atlantic (cf. NC, May 25, 2020). Excellent round-up, well worth a read. A key paragraph:

Strikingly, in one database of more than 1,200 super-spreader events, just one incident is classified as outdoor transmission, where a single person was infected outdoors by their jogging partner, and only 39 are classified as outdoor/indoor events, which doesn’t mean that being outdoors played a role, but it couldn’t be ruled out. The rest were all indoor events, and many involved dozens or hundreds of people at once. Other research points to the same result: Super-spreader events occur overwhelmingly in indoor environments where there are a lot of people.

COVID-19 Data Dives: Why Arguments Against SARS-CoV-2 Aerosol Transmission Don’t Hold Water MedScape. A take-down of this article from JAMA. Also well worth a read, alone or in conjunction with the previous link. As it turns out, the terms “aerosol” and “airborne” are quite charged and contested. This thread from the author explains why:

1/ Should we call it “Airborne” or “Aerosol” transmission?

Term “airborne” appears to be quite divisive. I’ve reached out to scientists on both sides of debate, asked for reasons why they think we should do one or the other. Many thoughtful responses, this thread summarizes it

Aboard the Diamond Princess, a Case Study in Aerosol Transmission NYT. Since aerosols are now coming up on the charts in the mainstream, let me point out that this key study, which sampled hospital air and cultured “competent virus” from it, also found the virus on hospital windowsills. Even it it floats around, like invisible tobacco smoke, the virus still has to land somewhere! So, even if fomites are not the main method of transmission, keep washing your hands and cleaning surfaces.

Harvard professor develops a $50 nasal spray to thwart the spread of COVID-19 Fast Company (study). Hilariously, a subscription model. If a mask infringes on your freedom…

You’d Rather Get a Coronavirus Vaccine Through Your Nose NYT

Rush To Produce, Sell Vaccine Put Kids In Philippines At Risk NPR. From 2019, still germane. There are 4,000 political appointees in the Federal government. They should all volunteer to be vaccinated as a public service and a condition of further employment. Federal electeds, as our representatives, should also volunteer to be vaccinated. I’m pro-vaccination generally (e.g., measles) as a proven public health measure, but the speed of Operation Warp Speed is concerning (as are the incentives for profit in our health care system).

The World’s Most Luxurious Face Masks from Sculptor Gabriel Dishaw Luxuo (Re Silc).

A School Reopens, and the Coronavirus Creeps In NYT. On the first day of class….

U.S. Created a Data Disaster With Its Uneven Covid Response Bloomberg. “The gap is due to decades of neglect of technological infrastructure, exacerbated by the country’s sprawling size and a state-by-state approach to collecting public health data. It has left not only government officials hunting for reliable data, but kept the public in the dark as well.” Not to mention health care-for-profit. The only data we really want to track is billing codes, and there’s an entire industry devoted to it (see NC here, here, and here).

China’s Three Gorges Dam is one of the largest ever created. Was it worth it? CNN. Very good. Personally, I always regard gigantism (the A380, Apple headquarters, Versailles) as a sign of coming decay.

The Politburo did not bark:

The Belt and Road activity index produced by Caixin shows a steep drop this year.
Readout of China’s politburo meeting this week made no mention of the BRI for the first time since 2013, a sign its being deprioritised – at least while the pandemic shuts down developing economies pic.twitter.com/6MdP2SoLaN

A Newsroom at the Edge of Autocracy The Atlantic. The South China Morning Post.

On the NHS E.P. Thompson, London Review of Books. From 1987, still germane.

The Russians Are(n’t) Coming!: Paul Reveres, the Washington Hawks Are Not Antiwar.com

Go Big On COVID Relief, Or Get Thrown Out Of Power The American Conservative

Comparison of the Heroes Act and HEALS Act Progressive Caucus Action Fund (GF). Very detailed table. Last updated: July 28, 2020, but very useful as a baseline for the sausage-marking in the coming week.

Trump vs Biden: can America conduct a fair election? FT

Clyburn says more important to have Black woman on Supreme Court than as VP PBS. Oh.

From 9/11 to Portland, it was inevitable ‘Homeland Security’ would be turned on the American people Will Bunch, Philadelphia Inquirer

Amazon says police demands for customer data have gone up Tech Crunch. When you invite a never-sleeping snitch into your house…..

On a call with SEC leaders, worried football players pushed back: ‘Not good enough’ WaPo

Army backs down from renaming Fort Slavery Was Cool DuffelBlog

Global Order in the Shadow of the Coronavirus: China, Russia and the West Lowy Institute. “The concept of a rules-based international order has been stripped of meaning, while liberalism faces its greatest crisis in decades.” Since Bush the Younger’s invasion of Iraq, I would say. If you want an inflection point, I’d pick the Abu Ghraib torture photos. Iconic!

The Unemployment Crisis Is a True National Emergency The Intercept

It’s not just you: what’s going on with product shortages & what could be next The Prepared 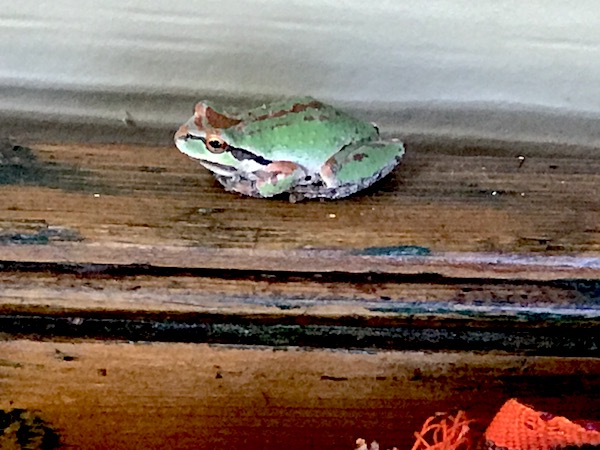