America in the 1950s was in full post war glory. The build out of suburbia, the interstate highway system, the rise of the middle class post war — all led to endless options for consumers. A lot of pent up demand had built up during the war, and a decade later, it still was not fully satisfied.

Automobiles reflected the ambitions and economic strength of the nation. The Big 3 were in hot competition for the middle class’s dollars. Their cars became bigger, faster, ever more flamboyant. Today’s example was a 2 door 1960 Plymouth Fury that pretty much marked the peak of the fin era.

The Plymouth Fury began in 1956 as a muscle car, and eventually morphed into a family sedan.  The early versions set speed records at Daytona as a “Factory Experimental” (as opposed to production car), hitting 149.124 mph over the sand.

In the middle of that transition was this insane — and still gorgeous — vehicle. Beyond the ridiculous fins, the 361ci Golden Commando V8 with a four-barrel carburetor produced 300 horsepower (!) when new. That was a giant power output for an early 1960s era family car.

Besides the massive rear fins, there are several other design elements worth noting: The spare tire bulge on the trunk, the scalloped front fender integrated into front grill elements and headlight assembly (as eyebrows?) instead of being part of the body’s sides. The outside mirrors were moved forward onto the fenders — a nice touch, as was the floating speedometer and the pushbutton transmission.

Everything about this car was optimistic, inspired by the aviation industry, and thinking about a Jetsons’ future. 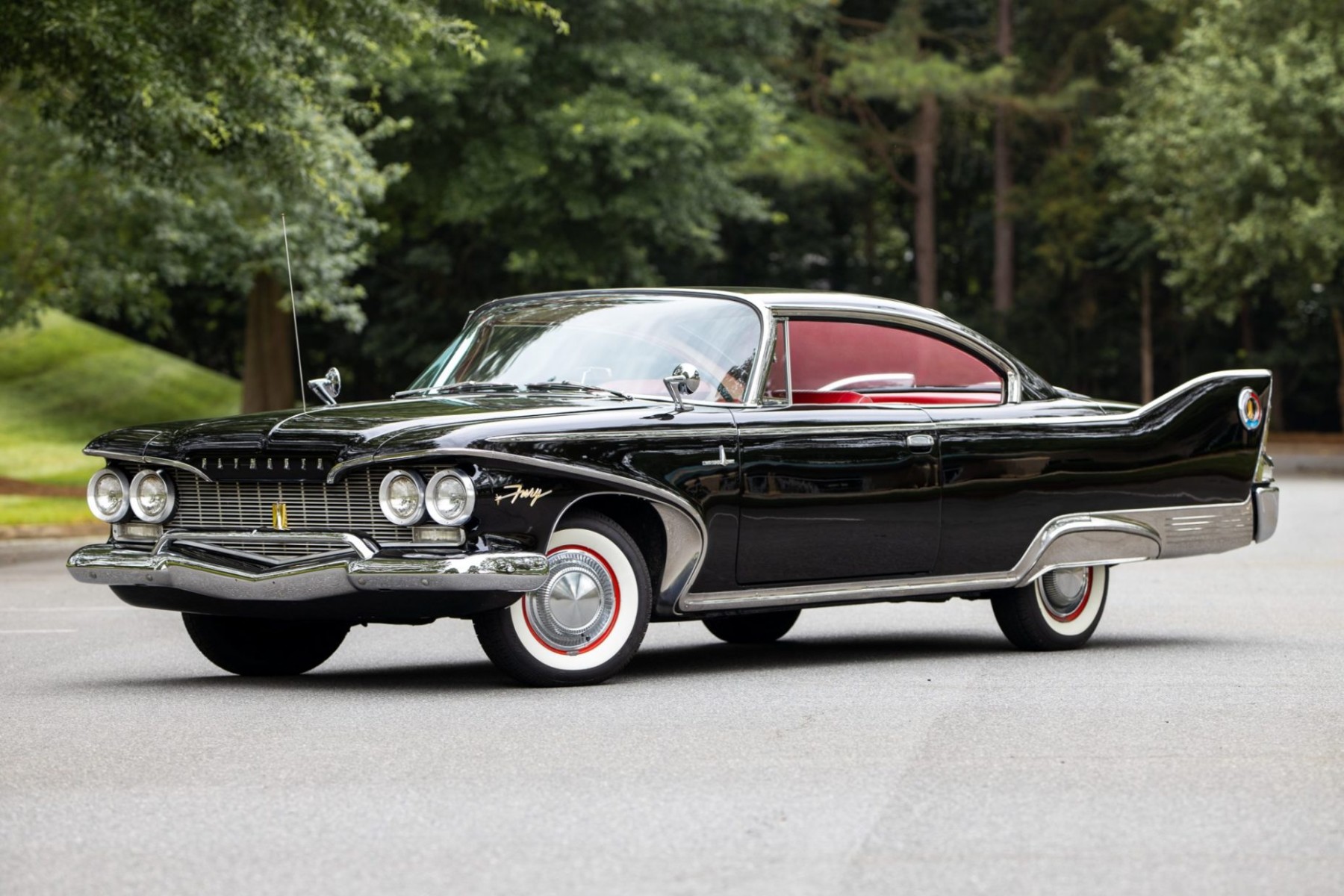 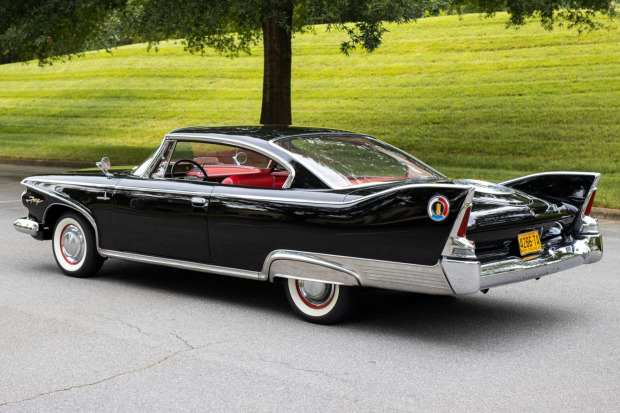 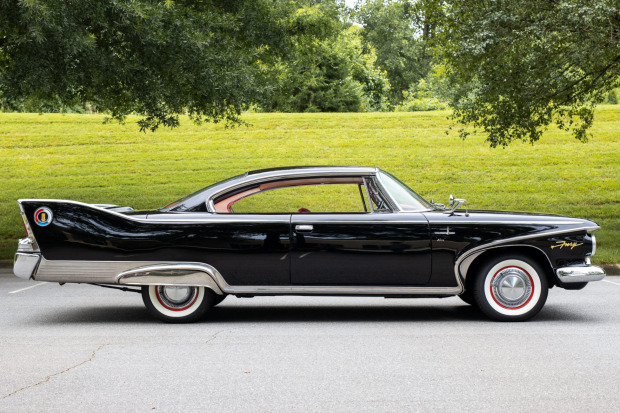 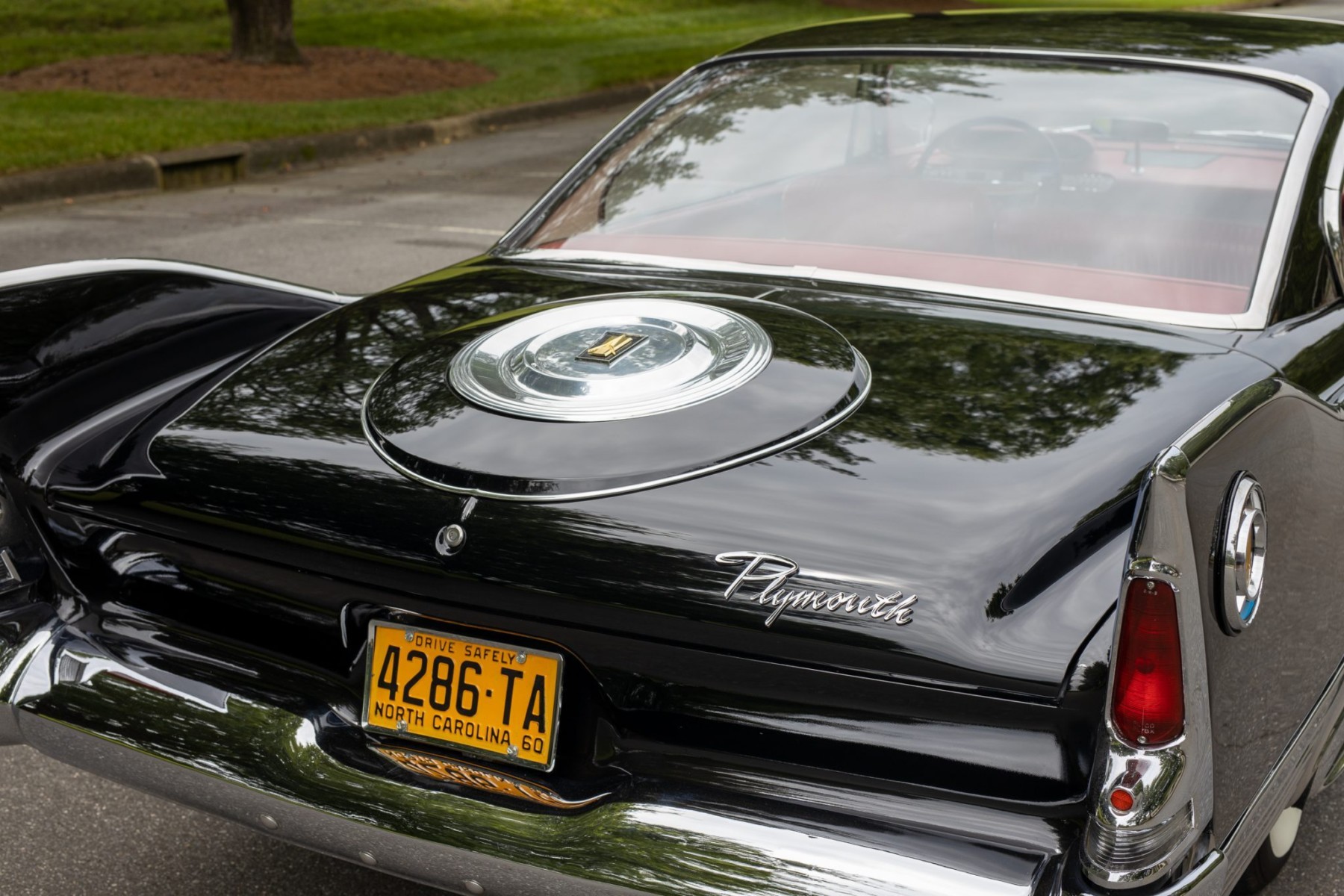 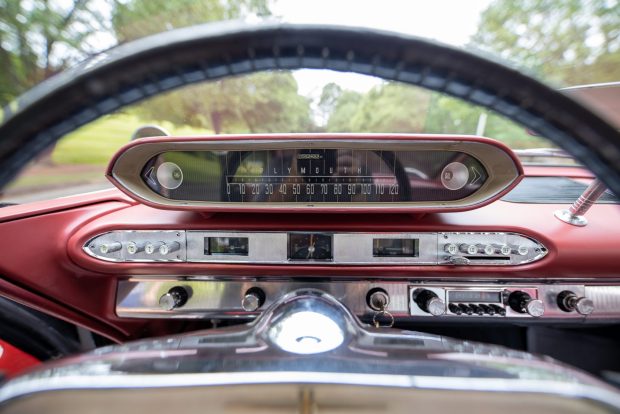 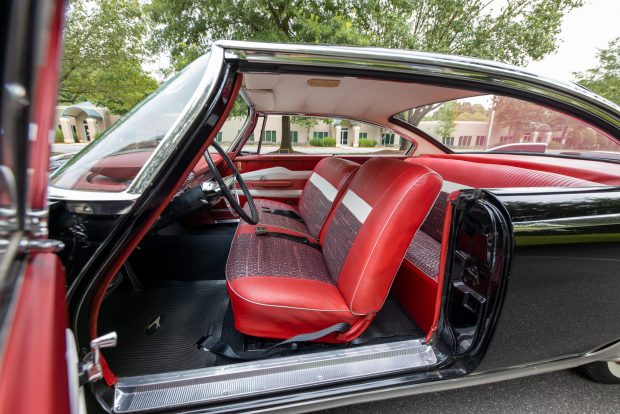 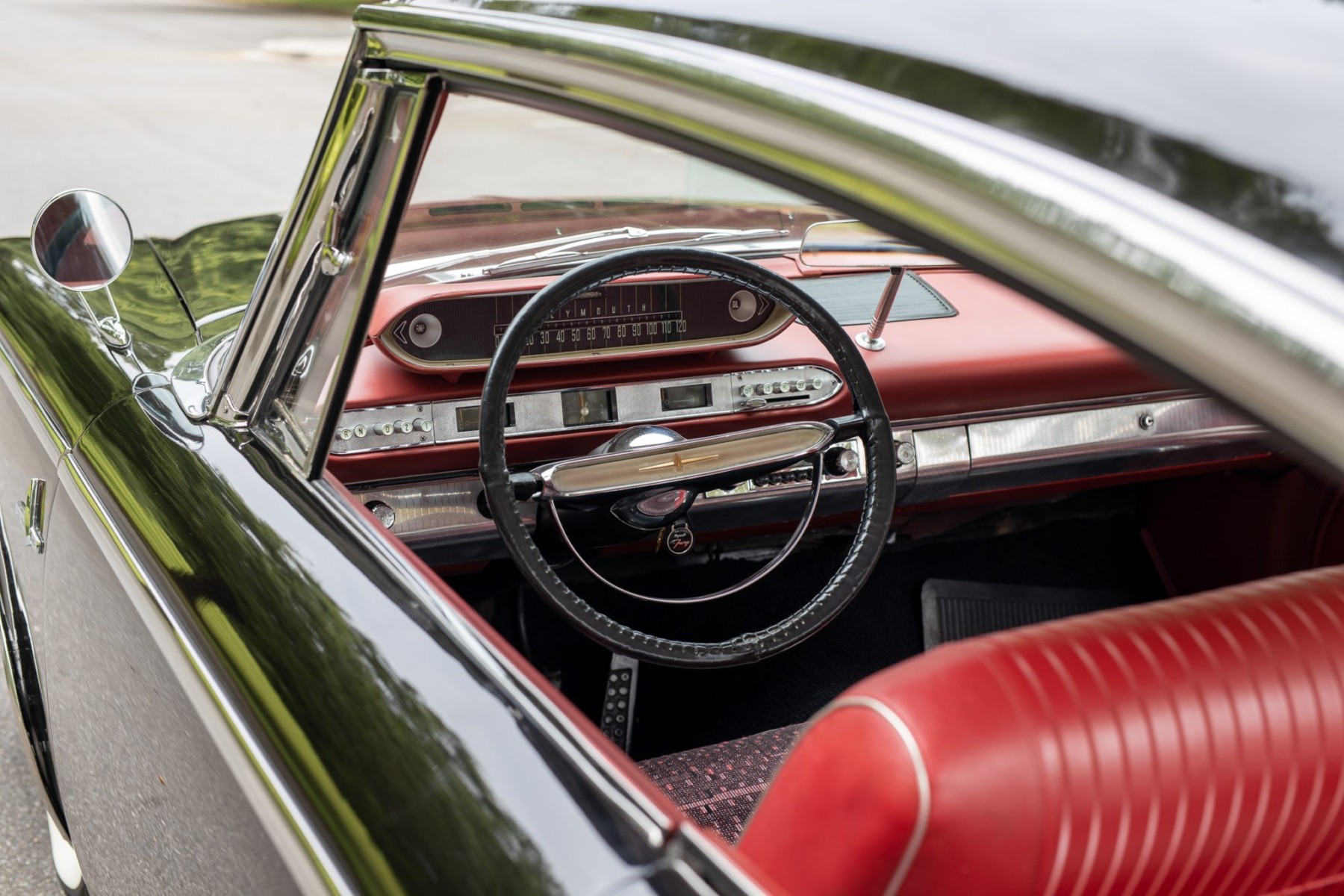 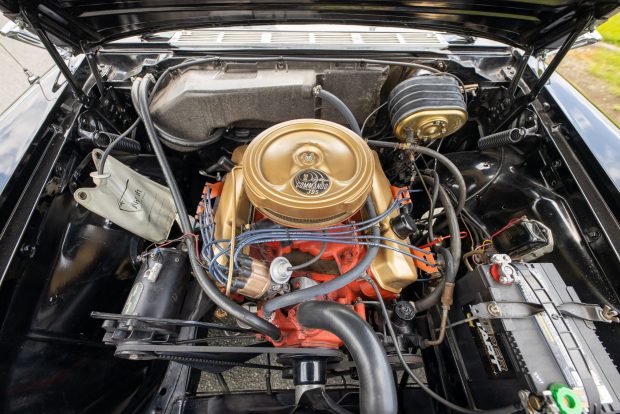 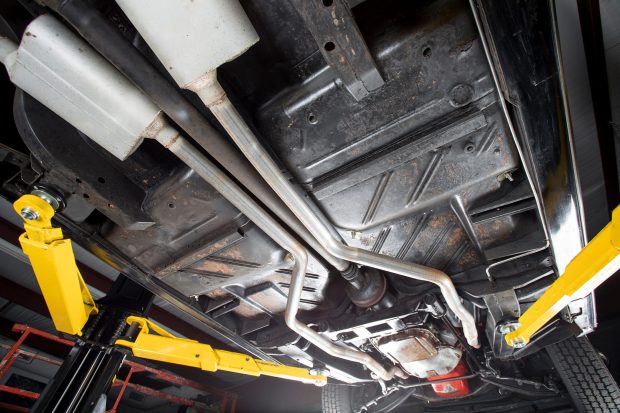