The Recession Is About to Slam Cities. Not Just the Blue-State Ones 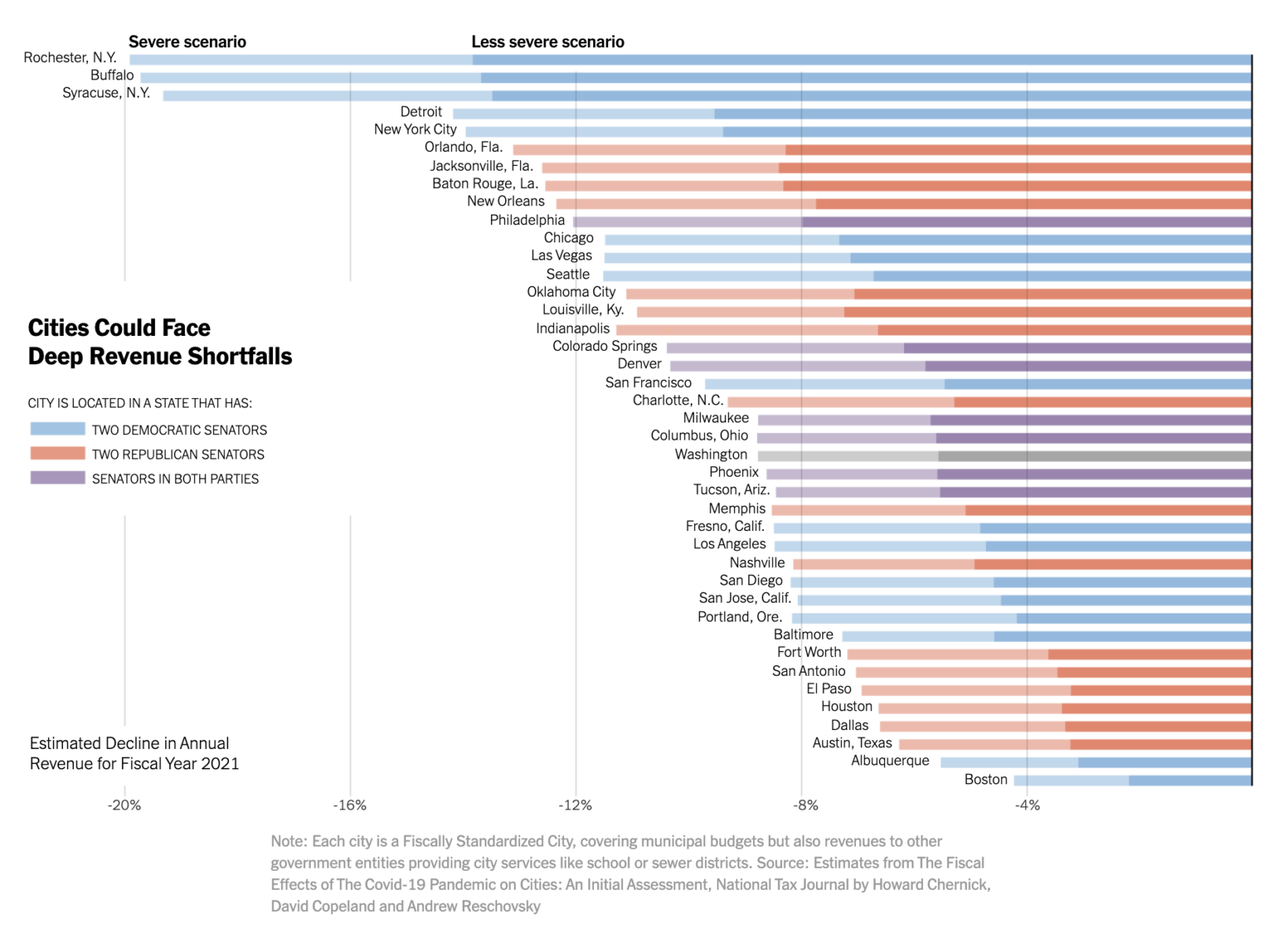 The current economic environment has become as politicized as we have ever witnessed in our lifetimes. Its not just Larry Kudlow referring to the pandemic in the past tense, but the entire partisan divide about Covid-19 as a hoax, cutting supplies of PPE to perceived political adversaries, the CDC becoming politicized (and the FDA, too), and so much more.

But here is the thing: Gravity does not care about who you vote for; Biology is unmoved by your ideological beliefs; Epidemiology cannot be focus-grouped. The declining belief in science, the rise of anti-vaxxers, the self-created filter bubbles that create alternative facts and dueling realities — these are no good for any society over the long run.

Consider what has happened across the country:

“The crisis has arrived faster than the damage from the Great Recession ever did. And it will cut deep in the fiscal year ahead, with many communities likely to lose 10 percent or more of the revenue they would have seen without the pandemic, according to a new analysis. That’s enough for residents to experience short-staffed libraries, strained parks departments and fewer road projects. The hardest-hit cities like Rochester and Buffalo could face 20 percent losses…

These numbers give a sense of the possible economic pain for cities if Congress and the White House fail to agree on a new relief package that includes aid to state and local governments.”

The best part about investing is how quickly and unequivocal the feedback loop is: You are either right or wrong, and most of the time, rather quickly.

But not necessarily with politics: We are going to continue with infections, illness, and deaths until we get this damned virus under control. There is way too much magical thinking going on — we still are not taking this seriously enough.

We went through a 1,000 year period where there was no forward progress, no advancement,  and a disdain for science. They were called the dark ages for a reason.