Yves here. Perhaps I am being parochial, but the struggle in New York City between teachers and the government over reopening public schools has been playing out in different forms all over the US. And even this compact piece makes clear that Covid-19 protection measures don’t look adequate. To put it less politely, while some of the problem is the crowding of New York City schools and the old buildings having poor ventilation, it’s not hard to imagine that Mayor Bill de Blasio’s poor leadership is a big contributor to this mess. 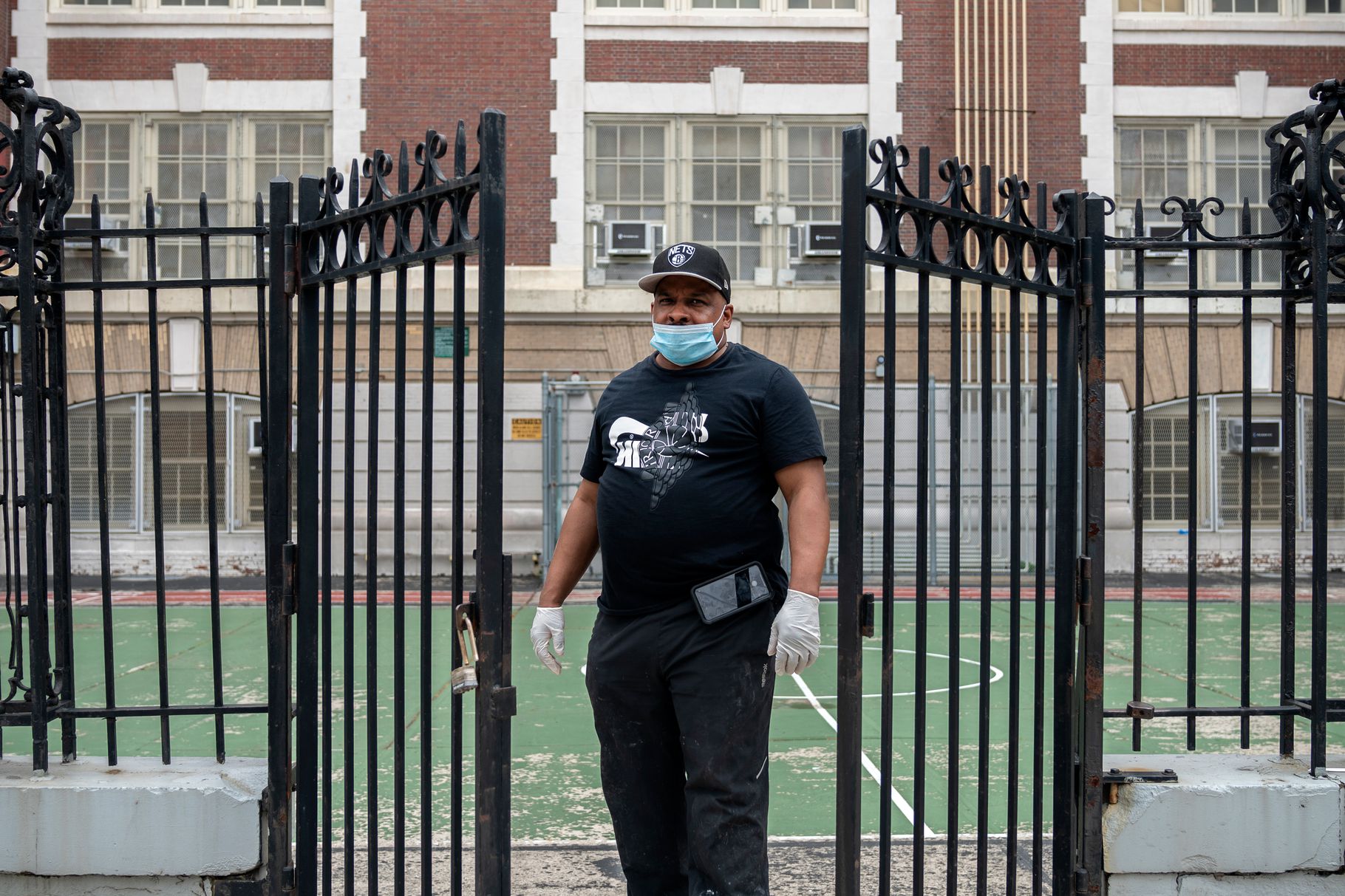 The city’s teachers union will spend one more day negotiating with city officials in the hopes of beefing up safety measures before school buildings reopen. But if those talks fall short, the union’s leadership plans to call a strike authorization vote Tuesday afternoon.

Threatening a strike vote is meant to ratchet up pressure on Mayor Bill de Blasio to come up with more rigorous safety measures or delay in-person learning.

Classes are scheduled to begin in just 10 days, and the union’s leadership has said that is not enough time to ensure buildings will be safe. Still, if union members authorize the leadership to call a strike, that doesn’t mean one will materialize.

Michael Mulgrew, the president of the United Federation of Teachers, said that the city should require testing for all staff and students before they attend classes in person. The mayor insists on voluntary testing, provided at no cost at about 200 sites across the city, is enough to ensure infections are properly identified and handled.

“We can’t afford to send students and staff back into any buildings until we have done everything possible — including a rigorous virus testing program — to see that they are safe,” Mulgrew said in a statement Monday evening.

On Monday morning, de Blasio told reporters the city had considered and rejected that idea. “It’s something that we’ve looked at, but believe for a variety of reasons, it is not the best way to get to where we need to go,” the mayor said. “We’re having ongoing conversations with the unions about the best way to do it.”

The union is also worried about personal protective equipment, and problems with building ventilation, according to UFT spokesperson Dick Riley, who did not say what the UFT’s specific demands on those issues are.

The union’s roughly 100-member executive board unanimously approved a resolution Monday night that gives the union’s leadership another day to negotiate, officials said.

The executive board’s resolution paves the way for the union’s 3,200-member delegate assembly, which includes representatives from every school, to vote Tuesday afternoon on authorizing a strike.

If the delegate assembly approves, the final decision to call a strike would typically be left to the union’s leadership, Riley said, suggesting the entire union’s membership — roughly 80,000 teachers and thousands of other staff members, including teachers aides, social workers, nurses, and speech therapists — would not vote directly on the issue.

It’s not clear exactly what criteria the union’s leadership would use to decide to permit a strike.

Even if union leaders authorize a strike, an actual work stoppage may not happen quickly: Top UFT officials have said they would likely go to court to halt the city’s reopening plans before going on strike.

If the union decided to strike, it would be the first time since 1975 and would also likely be illegal under the state’s Taylor Law, which forces penalties on public sector union employees who participate in work stoppages.

The union could lose its ability to automatically collect dues, teachers could miss out on paychecks, and union leadership could even face jail time.

There could also be significant political repercussions if the union is seen as obstructing in-person learning for over 1 million students, nearly 73% of whom come from low-income families and whose educational experience and access to social services may take a significant hit if buildings don’t reopen.

“I don’t think the people of this city ever feel good about public servants not being there when people need them,” de Blasio told reporters Aug. 25. 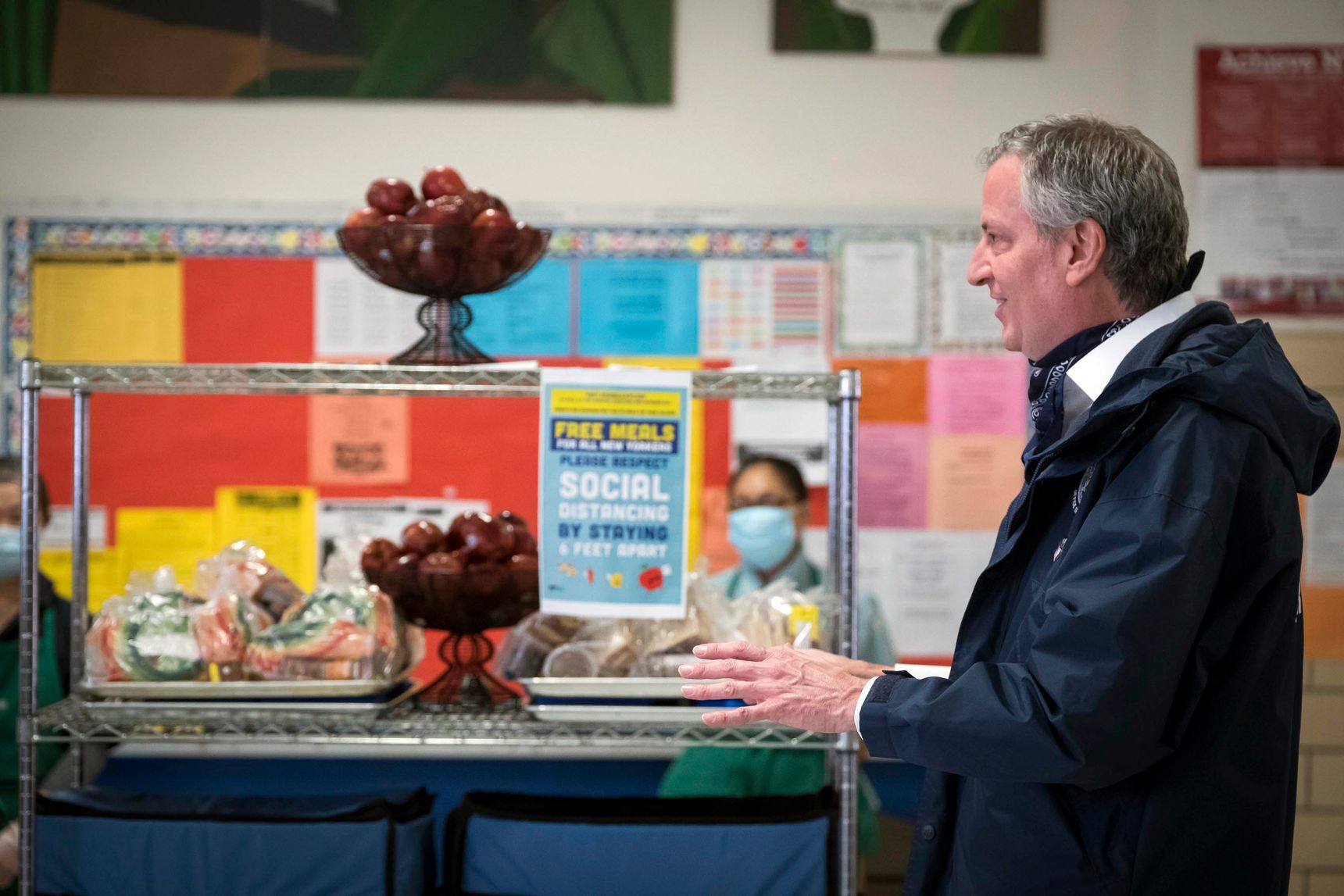 The mere threat of a work stoppage has been a successful tactic in other cities, including Chicago, where the union appears to have played a role in the district’s fully virtual start.

Calls to delay in-person learning in New York City have grown louder in recent weeks. Even the city’s principals union, which is generally reluctant to criticize the mayor publicly, has said buildings are not yet safe to reopen on time.

“Our conversations with UFT are ongoing and we remain committed to one thing above all: The safety and health of our students, teachers, and school staff,” Avery Cohen, a mayoral spokesperson, wrote in a statement. “Together, we’ll continue to work towards the best possible plan to get our young people back to the classrooms where they learn best.”