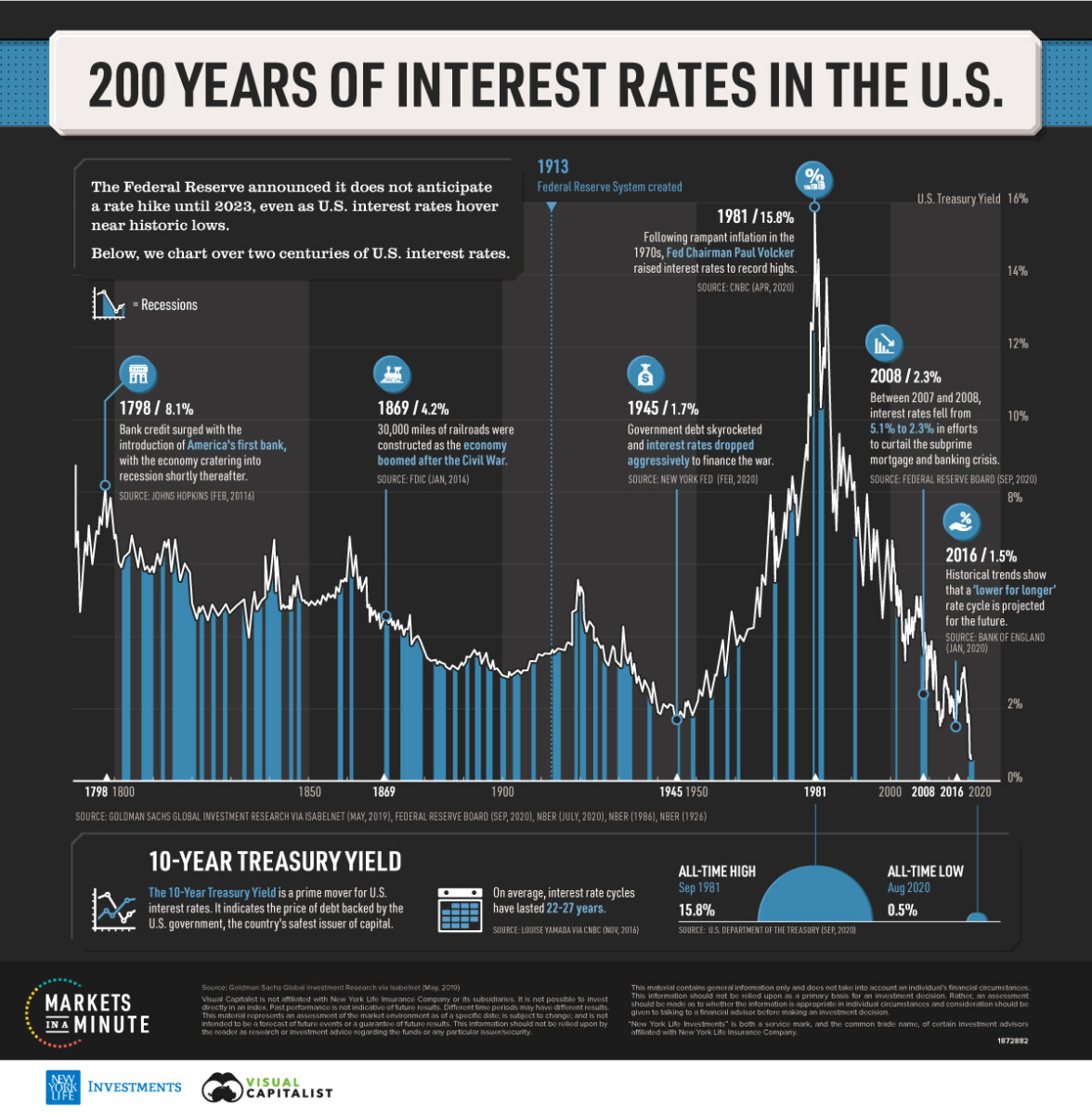 I am out of pocket most of today, but I wanted to share a quick note on the long-term history of Interest rates, as seen in the above history.

1) From 1790 to 1950, the overall trend was towards lower rates.
2) The 1970s-80s inflation/yield spike was historically aberrational.
3) 2009-present zero interest rate regime is utterly unprecedented .

Just because something has not happened before does not mean it won’t happen. The “Unprecedented” occurs all the time.

What are the highest and lowest rates throughout history?

Prior to today’s historically low levels, interest rates fell to 1.7% during World War II as the U.S. government injected billions into the economy to help finance the war. Around the same time, government debt ballooned to over 100% of GDP.

Fast-forward to 1981, when interest rates hit all-time highs of 15.8%. Rampant inflation was the key economic issue in the 1970s and early 1980s, and Federal Reserve Chairman Paul Volcker instigated rate controls to restrain demand. It was a period of low economic growth and rising unemployment, with jobless figures as high as 8%.