Wish I were there: the glory of California’s redwoods Financial Times (David L)

In Hamina, Finland, two weeks ago an RC-car was caught on a speed trap. Its operator played with it apparently sometime during the night on a public road, where a maximum speed of 60 km/h is allowed. The RC drove 70 km/h, which is why the camera caught it. In this news item the police states that it has no way of fining the speeding driver, but they hope it is the last time this happens since a public road is not for playing.

How an Algorithm Blocked Kidney Transplants to Black Patients Wired

How Covid-Safe Is Dining in a Restaurant’s Outdoor Tent? Wall Street Journal

Many healthcare workers have battled COVID as both providers AND as patients.

In this @CDCgov study they made up 6% of adults hospitalized with COVID19. And a high proportion had indications of severe disease:

Study of effect of imposing and lifting #COVID19 measures in 131 countries. Reopening schools was associated with a 24% increase in the reproduction number (R) after 28 days. This was the second-largest increase, after lifting bans of gatherings (25%).https://t.co/6pJBYuwpwd pic.twitter.com/OhqZlesMIT

Broadly-targeted autoreactivity is common in severe SARS-CoV-2 Infection MedRxiv. Pre-print. Not good if findings hold up.

All the president’s debts: to whom Donald Trump owes money Financial Times (Scott). Help me. Acknowledges that Trump is underlevered by real estate standards. And creditors are falling all over themselves to lend thanks to super low rates.

It completely changes the story. It means the Steele project was never funded by the Beacon and his sole employer for those reports was the Clinton campaign by way of Perkins Coie. https://t.co/vjCcq9P7id

Amy Coney Barrett, About to Be Confirmed to the Supreme Court, Sees a Scenario in Which Abortion Should Be Punishable by Death Vanity Fair (Dr. Kevin)

The 6-3, 5-4 Supreme Court Ian Welsh. Not to be Pollyannish, but a conservative buddy with a good radar predicts Kaganaugh would uphold Roe v. Wade.

Abolishing the Electoral College May Not Save Us Vice (resilc). *Sigh* “What about ‘Constitutional amendment’ don’t you understand?”

Philadelphia Police fatally shot a 27 year old Black man this afternoon in West Philly. Two officers fired multiple times, and video shows the man was holding a knife about 10 ft away from the officers when they fired. https://t.co/sF631TqiRR

Happening #NOW outside Southwest Detectives. A group of residents are protesting the 27 year old’s death, who neighbors identify as Walter Wallace. @PhillyPolice have set up a perimeter around the building @6abc pic.twitter.com/sBa3omW9fk

Facebook Steps Into Cloud Gaming — and Another Feud With Apple TechCrunch

This photo reminds me of Edward Hoagland’s great essay on the bears of New Jersey, gorging themselves on apples to the point of drunkenness, before, like figures in Breugel’s painting, passing out on car hoods in the parking lot of a shopping mall near the orchards…It’s also photographic proof of the reincarnation of Alexander Cockburn. 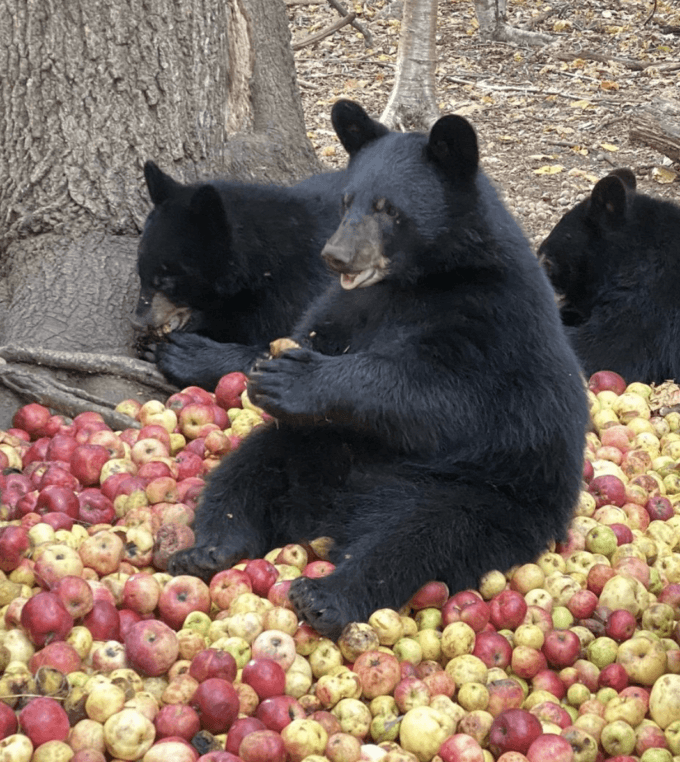