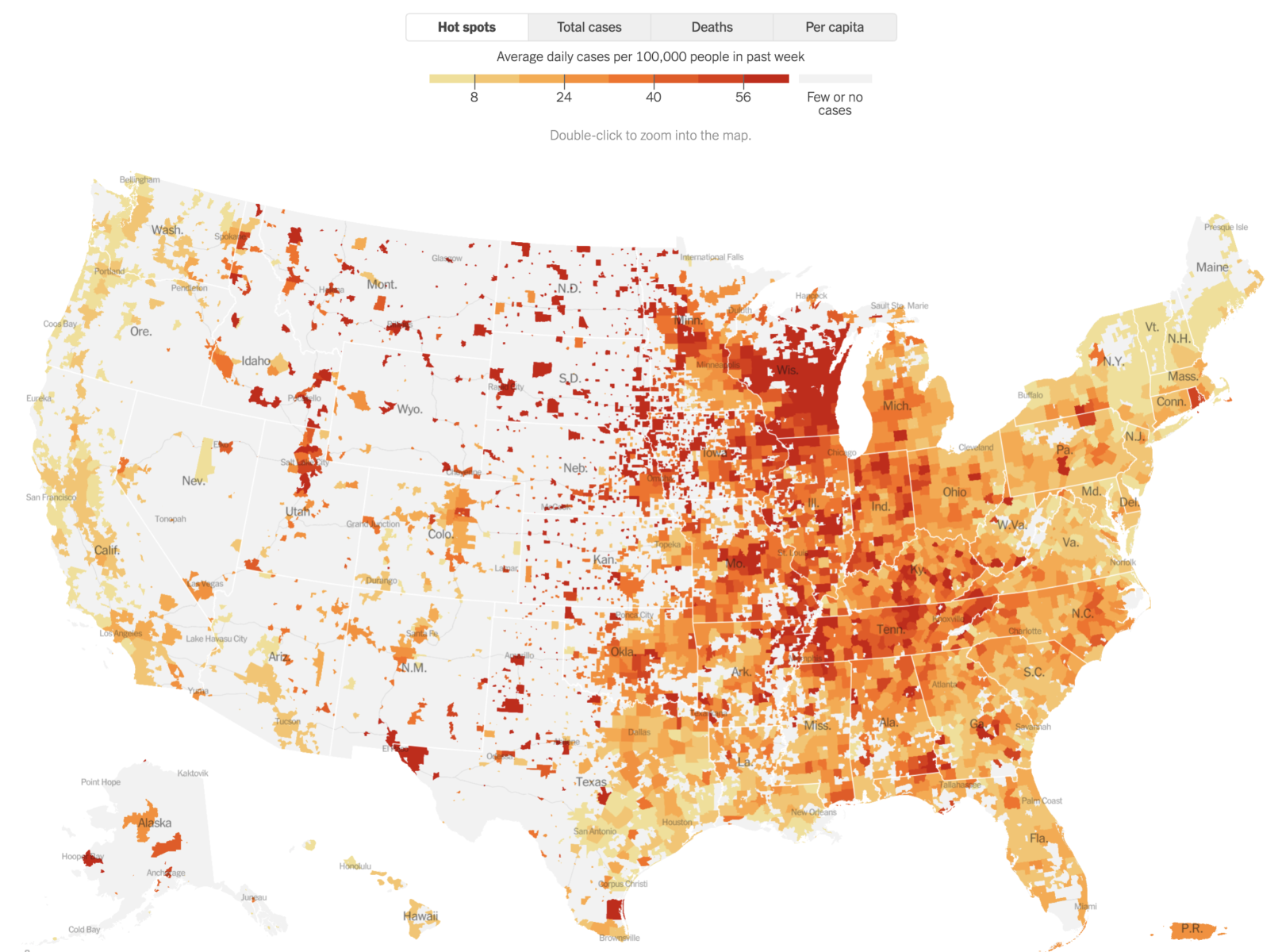 Back in March 2020, Covid-19 cases were concentrated in high population density metro regions near international airports: In the East, it was New York City, Northern NJ, Boston, DC; in the West, San Francisco, greater Seattle and Portland.

The virus migrated around the country as lockdown fatigue set in, misinformation was spread — notably by POTUS and Fox News.

Here is the NYT:

At least 1,016 new coronavirus deaths and 81,181 new cases were reported in the United States on Oct. 28. Over the past week, there have been an average of 75,522 cases per day, an increase of 41 percent from the average two weeks earlier.

As of Thursday morning, more than 8,932,700 people in the United States have been infected with the coronavirus and at least 227,600 have died, according to a New York Times database.

Here is the bad news: This latest uptick may be the leading edge  of the dreaded Winter second wave.