• Vote Your Conscience: A lifelong Republican – now Ex-Republican –urges voters to avoid groupthink. (National Review)
• From Reagan to Trump: Here’s how stocks performed under each president: Stocks wrapped up October with their worst week since March, as investors grew fearful of rising coronavirus infections and the impact on public health and the economy. (CNN) see also What Does the Stock Market Do Around Election Day? Whether you are in a presidential election year or not, average volatility tends to spike as you near election day. (Of Dollars And Data)
• The Economy Really Is Worse in Blue States Right Now. But Why? Blue states are in deeper economic trouble because they are more reliant on service industries that have been broadly hurt by the pandemic: Tourism, Travel, Film & TV, Leisure & Hospitality industry have all been suffering. (Slate)
• China’s Inexorable Rise to Superpower Is History Repeating Itself The country looks like a latecomer to Americans and other Westerners—but from its own perspective, this is a restoration. (Businessweek) see also Ray Dalio Says the World Has Seen It All Before: The founder and chairman of Bridgewater Associates says much of what we believe to be unique events now have occurred before in history. (The Big Picture)
• Jeremy Grantham: America Needs a New Marshall Plan. This is the solution to America’s biggest problems. The GMO co-founder offers a plan to combat Covid-19, climate change, and income inequality. (GMO)
• Don’t Sweat the Polls: Why the 2020 election won’t be a 2016 sequel (The Atlantic)  see also The Polls Make Sense Don’t be spooked  (The Bulwark)
• In Defense of Politics The only antidote to despair over national politics will be to generate and expand new solutions at local, state, and regional levels. (Boston Review)
•  Masks Work. Really. We’ll Show You How. The public health debate on masks is settled: When you wear a mask, “you protect yourself, you protect others, you prevent yourself from touching your face.”  (New York Times) see also Next-Gen Mask Challenge The $1M Next-Gen Mask Challenge aims to reimagine protective face masks used to prevent the spread of COVID-19 by making them more comfortable, functional, accessible, and even stylish.(X Prize)
• Wikipedia’s Plan to Resist Election Day Misinformation The encyclopedia is determined to emerge from the insanity of a pandemic and a polarizing election with its information and reputation intact. (Wired) see also The most dangerous conspiracy theory in 2020 isn’t about blood-sucking pedophiles: QAnon is scary, but misinformation about voter fraud poses a bigger and more immediate threat to democracy. (Vox)
• Election Distractor: Is the election giving you nervous energy?  You’re in the right place(NY Times)

Be sure to check out our Masters in Business interview this weekend with Mario Giannini, CEO of private equity firm Hamilton Lane. One of the few publicly traded PE shops, the firm oversees more than $500 billion in privately invested assets. 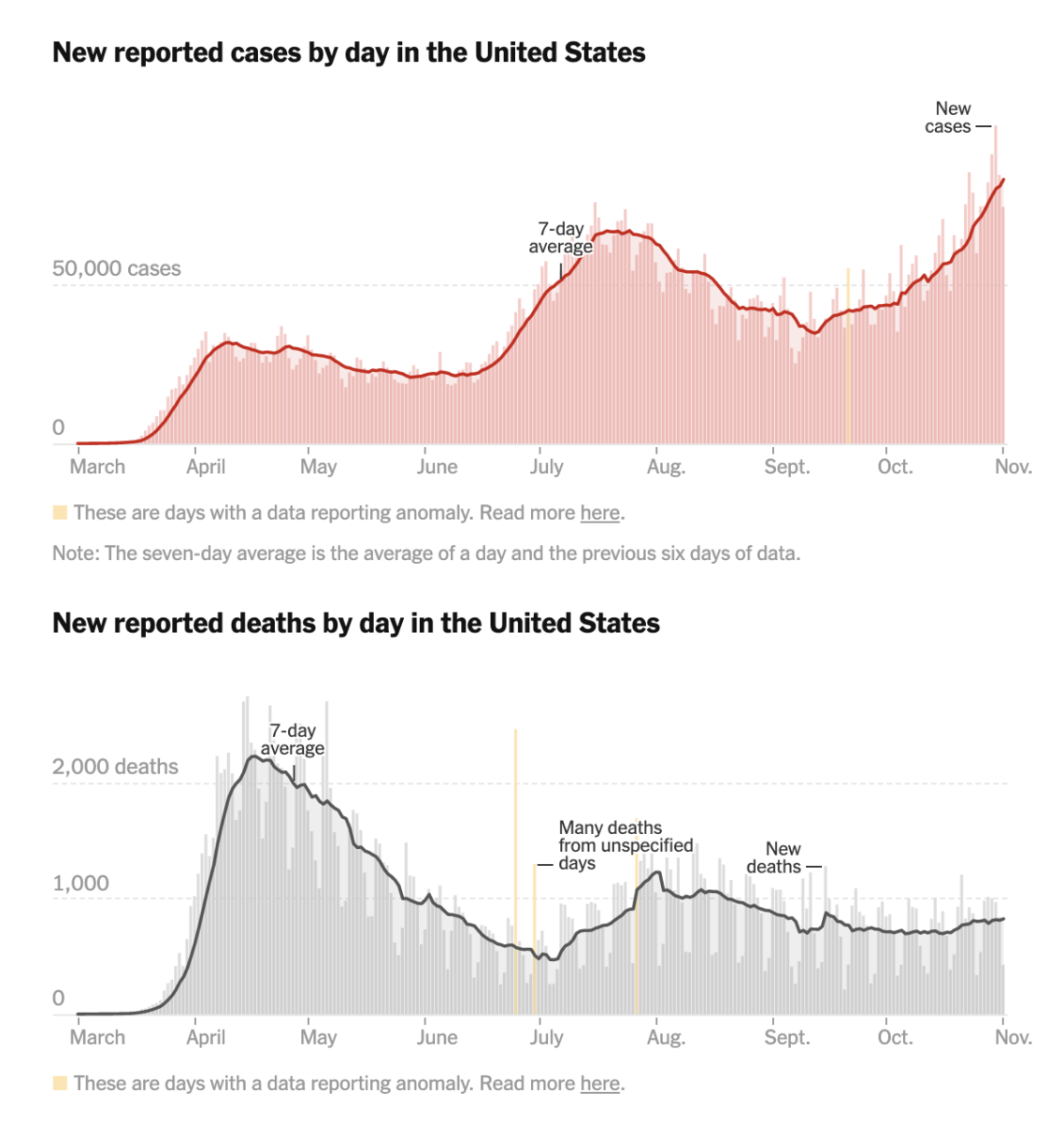