I have on occasion mentioned our tendency to combine hindsight bias and narrative fallacy in a way that is dangerous to our understanding of what is occurring in the world.

This manifests itself in a consistently amusing way: Even though we never seem to know what will happen in advance, after any event occurs, we always have a perfectly rational explanation of what just took place.

We are clueless dolts a priori but insightful geniuses posteriori.

We do this every day about all sorts of ordinary random things. (See the Split brain patient research for more on the explainers in our heads).

But if ever you really want to see the brain’s explainer go into overdrive, confabulating perfectly plausible scenarios as to what is going on, try the myriad explanations for whatever took place yesterday in capital markets. Nobody beats pundits in terms of 20/20 hindsight as to what just happened.

Consider recent market action and the subsequent explanations that followed:

All of those stories are lucid explanations of what happened. Hey, some of them might even be true! We seem to require a narrative to understand events even when those stories lead us astray.

People really hate randomness; they do not like feel as if they are powerless over what occurs or that life is meaningless.1 All of the above take the random, mostly unexplainable market action and provide a storyline that makes sense.  Of course, it is more complicated than that, but pretty much that’s the best narrative I have to explain the previous narratives.

As long we are creating fairy tales, I might as well create my own:

• The economy won’t recover until we a serious person is in charge, who will listen to the doctors/scientists, make the hard choices, and eventually wrestle the pandemic into submission. It looks like we may get that person as President. Markets are rallying on a more normal economy in Summer 2021 instead of Winter 2022. 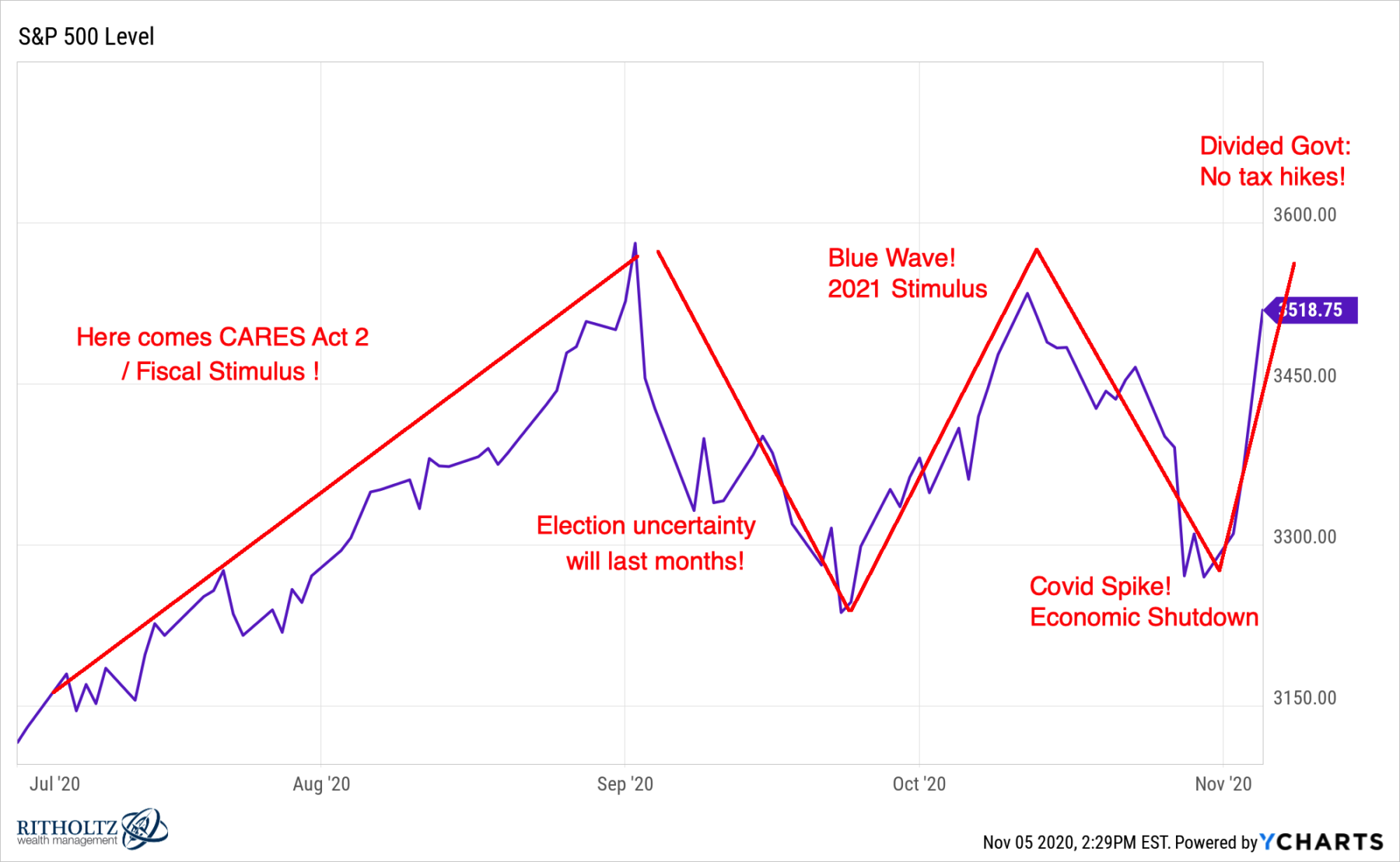 1. More precisely, life has whatever meaning you create for it.