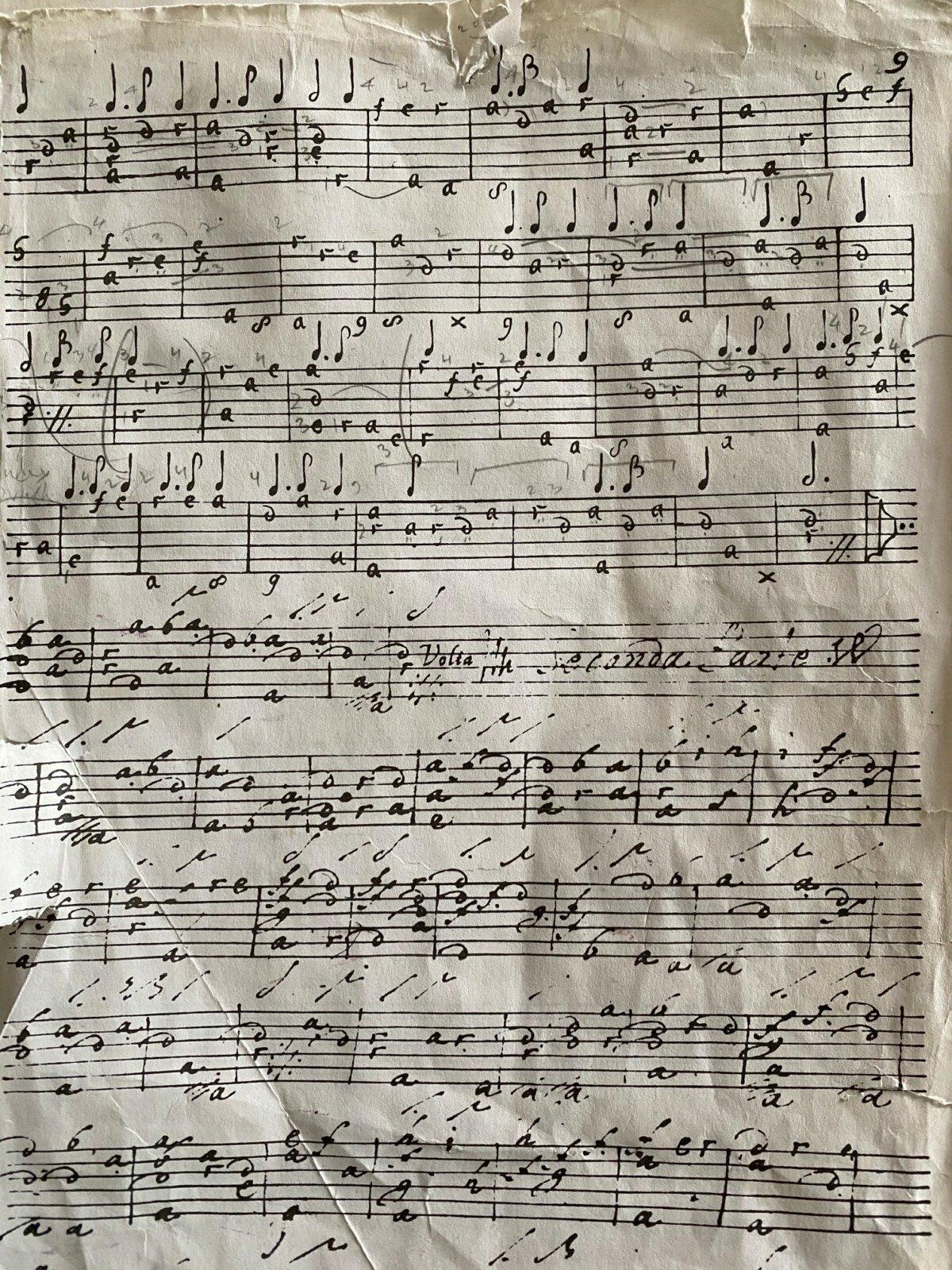 Galileo was born into a family of lutenists who were both composers and players. At the time, music was still considered a science, and some have suggested that his early training in music theory encouraged Galileo to resist received wisdom, hard to prove but within reason. Contemporaries suggest Galileo himself was the most talented of his family, and he did play, but his mind was elsewhere. Galileo’s father, Vincenzo, was a music theorist, and his younger brother, Michelangelo, a bit of a wastrel who lost a few positions his brother had engineered for him, to his brother’s early dismay. Michelangelo was probably slated for a career in Florence had his father not died, sending him to live with his brother in Padua. He finally landed in Munich, where he was in great demand, yet continued to pester his brother for money and advice on dealing with his rowdy children, three of whom became lutenists.

But he was a brilliant composer, developing uses of dissonance so unusual that in the introduction to his first book of lute pieces he warns players not to mistake the “harshnesses or dissonances” for mistakes, but to play them as written. (There are, however, some errors in his writing.) He composed in the early Baroque “style brisé,” broken or lute style, in which groups of tones are arpeggiated, played in the style of the harp, across measures— instruments and their idiosyncrasies. Even if you cannot read tablature, you can see how the notes are stretched in the facsimile below.

In musical composition, dissonance is a strategy, a way of moving between groups of tones in which certain intervals are unstable, the seconds, fourths and sevenths, and must resolve into consonance. Generally dissonances must be prepared, meaning the note that is dissonant must first sound in a group where it is stable. Then you can either move the lowest note down, or keep the bass where it is and move the upper notes up, either way creating tension. Michelangelo built out new ways of approaching dissonance, adding double dissonance to some chords, and even hair-raising unprepared dissonances, a risky proposition for mere mortals.

Although people are describing it as so, dissonance is not what we are experiencing as a society these days. There is a more accurate musical effect: the tone stack. That’s the crashing kind of thing you hear in opera when, say, Salome asks for John the Baptist’s head on a plate as a reward for her dancing. The carefully crafted dissonance you can hear using the link below reflects the belief that the progressions of notes are ordered by a science, a very different thing.

How it sounds: The wonderful Luciano Contini put together this mashup of some of Michelangelo Galilei’s pieces on the advice of Girolamo Frescobaldi.

Philippa Dunne is one of the editors of The Liscio Report, an independent research newsletter focusing on the U.S. labor market, debt issues, and international flows. Their work includes month-by-month tracking of tax revenues at the state level, and detailed analysis of federal data releases.