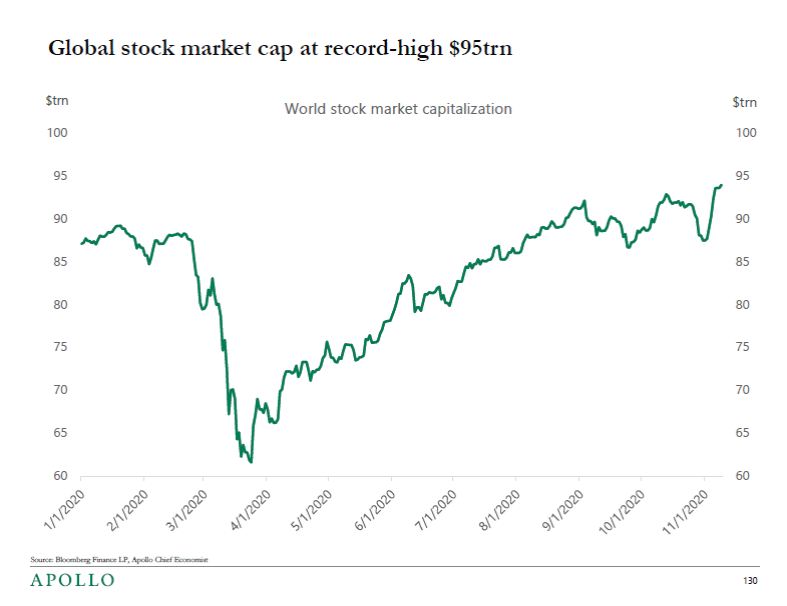 Imagine it is January 1, 2020, and you awoke from the most vivid, prescient dream you ever had. In your dream, you saw a global pandemic spreading around the world, slowly at first, then quicker, then finally, out of control.

Given all that, could you have imagined that world stock markets would be making record highs? Could you have envisioned that the total value of all stock market capitalizations on Earth would reach a record $95 trillion?

Therein lay the problem for investors, and anyone who wants to try their hand at macro-tourism: We have no idea what the future might bring, and even if we did, we would not be able to anticipate what the market will do in response to those circumstances.

1. Identify how far and wide the pandemic would spread, including how infectious the Covid-19 would become, and what mortality rate it would achieve.

2. Determine which countries would have a better or worse government response, and how various populations in each country would react — responsibly, recklessly, or anywhere in between.

3. Figure out what the economic ramifications of those responses might be, and how various Federal, State and Local government would limit economic activity, including travel, retail, healthcare, etc.

4. Determine what the fiscal stimulus and monetary policy responses from each of the major countries around the world would be.

5. Identify which sectors and stocks would be best situated to benefit from the combination of above events. Once you do that, you need to figure out how significant each sector is in major indices.

Once its laid out this way, it is becomes clear exactly how challenging investing around even a giant global event could be. Of those who did get this right, were they incredibly insightful — or just lucky?

Investors face the challenges of dealing with world events everyday. For nearly all of them, the best approach is to do nothing, stick with their plan, and let the markets run their course.