Scientists Create a Buzz With the First Ever Global Map of Bee Species Smithsonian (original). The original is worth a look because it’s structured in a way that makes it easy to pick out the (human-readable) high points. Thank you, Current Biology!

How hedge fund traders known as the SPAC Mafia are driving an $80 billion investment boom with a no-lose trade. Forbes

Judge smacks down Ernst & Young’s aggressive tax strategies for audit client Coca-Cola Francine McKenna, The Dig. Deck: “It’s not enough for auditor EY to be in the spotlight for frauds at Wirecard, NMC, and Luckin. EY is also defending dubious tax avoidance schemes in court.”

California Wants Its Imperial Valley to Be ‘Lithium Valley’ Bloomberg

A Lack of Transparency Is Undermining Pandemic Policy Wired

A living WHO guideline on drugs for covid-19 (PDF) WHO. A change: “The latest version of this WHO living guidance focuses on remdesivir, following the 15 October 2020 preprint publication of results from the WHO SOLIDARITY trial. It contains a weak or conditional recommendation against the use of remdesivir in hospitalised patients with covid-19… Considering the low or very low certainty evidence for all outcomes, the panel interpreted the evidence as not proving that remdesivir is ineffective; rather there is no evidence based on currently available data that it does improve patient-important outcomes. The panel placed low value on small and uncertain benefits in the presence of the remaining possibility of important harms.”

The ‘very, very bad look’ of remdesivir, the first FDA-approved COVID-19 drug Science. Oddly, Fauci’s name goes unmentioned, though Fauci, on the basis of a press release, dubbed remdesivir “the standard of care.” If Science wants its political endorsements to drive its reporting, that’s fine, but let’s be clear that’s what’s going on, eh? (Yes, yes, it’s “a bad look.” And bipartisan!)

Hospitals scramble to get ready for coronavirus vaccines Healthcare Dive

What the data say about asymptomatic COVID infections Nature

L.A. officials are still not sure how or why COVID cases are skyrocketing. It’s a huge handicap Los Angeles Times

The Elements of the China Challenge (PDF) Policy Planning Staff, Office of the Secretary of State (via Axios).

I don’t think the problem with Chinese bond ratings is “irregularities”. It is more structural, including the way ratings agencies are paid and the huge disparity in political and legal power between the issuers and the ratings agencies.https://t.co/wJqWtUZpDa

“It is important to understand that the Chinese word langqiao does not translate as ‘covered bridge’ but as ‘corridor bridge’ — a phrase that privileges the linear open space within” pic.twitter.com/jawVWpzSYz

As Michael Pettis points out, the RCEP members are all net exporters. So who buys the goods?

From a crab shack to Hyundai, China’s wrath over a U.S. missile defense system weighs on South Korea LA Times

Jeremy Corbyn ‘must make full apology’ before returning as Labour MP, says ex-PM Gordon Brown Sky News. Nothing Corbyn says or does will be enough for his detractors, so why worry?

‘We Basically Made Recovery Much, Much Harder Than It Has to Be’ FAIR

Listening to the scientists on Biden’s Covid task force:

Biden: “I will listen to the scientists!”

Scientists: “Shut down the economy and keep everyone at home until we have a vaccine ready for distribution!”

Biden: “Anyone got another scientist?”

Trump campaign legal fight keyed to court of public opinion The Hill. The “faithless electors” strategy didn’t work for the Democrats in 2016, and it’s unlikely to work for Republicans in 2020. That said:

This is a judge thinking, “I could’ve played golf today, you son of a bitch.” https://t.co/Ssfk7V3HSD

The Extremist At Dominion Voting Systems The American Conservative. “Dominion” as in “Dominion of Canada” (it’s a Canadian firm), not as in Dominionism (a perfectly valid inference; good wrap-up here, from one of those old-time blogs). DVS bought Diebold and Sequoia, FWIW. (One reason that voting machines are such a fertile field for “connecting the dots” is that privatizing “our democracy” has led to a horrid tangle of failed and/or acquired vendors, crooks, con artists, grifters, operatives, politicos on the take, plus white-hat hackers, and whistleblowers (some of whom are statisticians). On the role of DVS in election 2020, I’m still waiting on the affidavits (assuming they’d be reported, of course; the DVS Wikipedia entry has extensive, for up-to-the-minute edits on 2020, but the material on the acquisition of Diebold and Sequioa hasn’t been beefed up at all). When you’ve lost Tucker Carlson:

Tucker Carlson calls out Sidney Powell, saying he asked her for evidence to support her election fraud claims, but “she never sent us any evidence despite a lot of requests, polite requests, not a page.”

“When we kept pressing she got angry and told us to stop contacting her.” pic.twitter.com/IOlOdhp6MJ

If one of the outcomes of election 2020 is the syllogism: “Election 2020 was legitimate, therefore electronic, privatized voting is legitimate”… Well, that would be pretty bleak.

Digging the rabbit hole, COVID-19 edition: anti-vaccine themes and the discourse around COVID-19 Microbes and Infection

A Game Designer’s Analysis Of QAnon Medium (RC). Word of the day: apophenia. Well worth a read.

A cop shoots a Black man, and a police union flexes its muscle Reuters

Kenosha: How two men’s paths crossed in an encounter that has divided the nation (video) WaPo. Interview with Rittenhouse.

The Student Debt Crisis is a Crisis of Non-Repayment Marshall Steinbaum, Phenomenal World 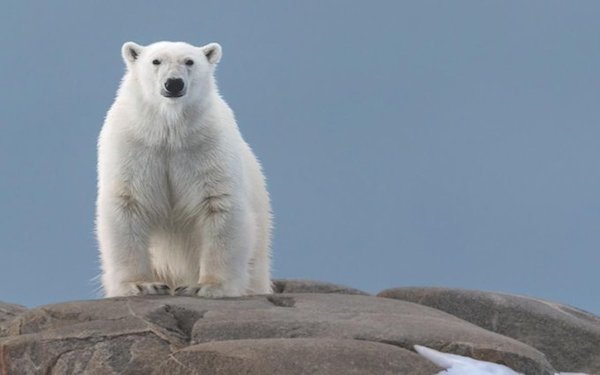