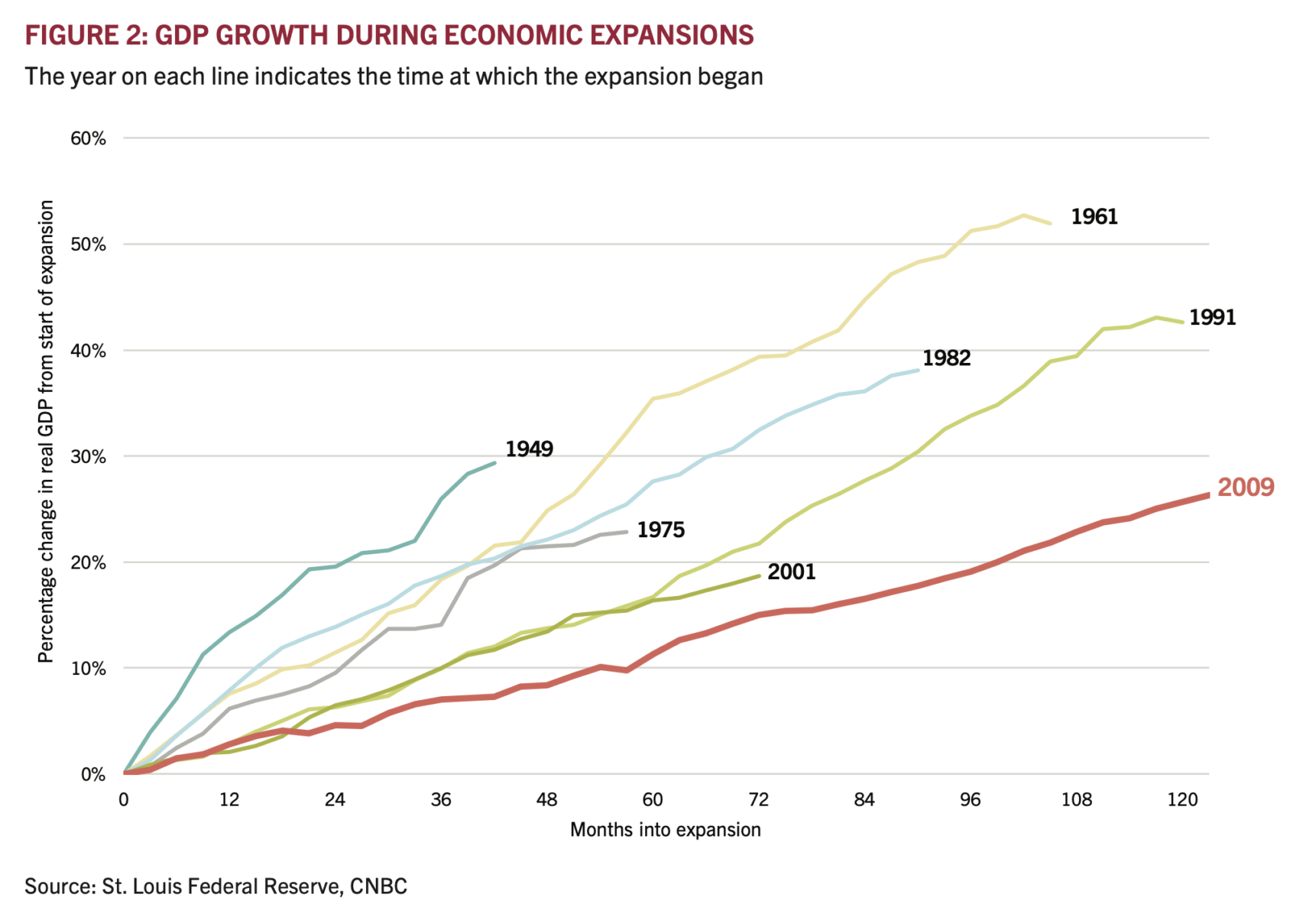 In their morning note, Philippa Dunne & Doug Henwood made passing reference to last year’s volume,  A Recovery Squandered The State of U.S. Competitiveness 2019.”

Take a quick look of the graphs and data in this HBS special report; you will be shocked by how weak the post-Great Financial Crisis recovery was. The authors ask “Why has this generation of American leaders, unlike their predecessors, failed to upgrade the country’s business environment during the long expansion?” They explore this question is a chapter titled Politics & Competitiveness. Its not a pretty picture.

The biggest issue: the failure of Congress to pass a broadest stimulus package in the depths of the GFC. Sure, they rescued the banks, but they hardly did very much for the rest of the economy.

As HBS points out, it was a failure of leadership, and no one can claim more responsibility for that failure than Senate majority leader Mitch McConnell. He refused to allow a substantial counter-cyclical stimulus to be passed in 2009-10. Instead, we had temporary tax cuts, short-term extension of unemployment benefits, and the most modest of infrastructure spends. The result can be seen in the chart of various crisis recoveries in GDP (above) and Employment (below).

We should be heartened that there was a major $3 trillion dollar CARES act passed in 2020. And the markets appear hopeful that a second rescue bill, similar in the size to the $787 billion 2009 stimulus, is possibly coming at the end of this week.

The question investors (and voters) should be asking: Will there be a bi-partisan bill passed in 2021, or will we see another catastrophic failure like the 2009 congressional failure?

Asked differently: “Does Mitch McConnell only believe in counter-cyclical economic rescues when the President is from his own party?” The answer to that question could very well drive the economy in 2021… 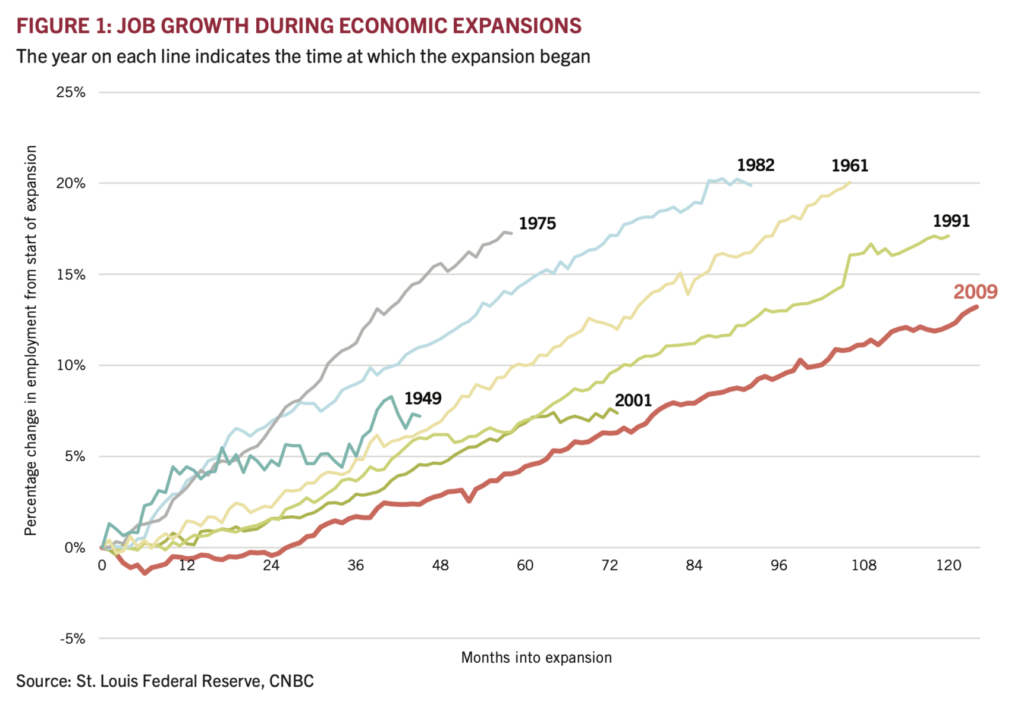