Airbus Wants to Seize the Skies From Boeing Bloomberg. With smaller planes.

Can Auditing Eliminate Bias from Algorithms? The Markup

E-mail Is Making Us Miserable The New Yorker

SARS-CoV-2: eye protection might be the missing key The Lancet (Furzy Mouse).

Window fans may be Philly’s fix for schools with poor ventilation. But teachers and parents are saying no way. Philadelphia Inquirer (via Atrios).

5 Pandemic Mistakes We Keep Repeating Zeynep Tufecki, The Atlantic. Well worth a read; here is an open thread about the article on Tufecki’s substack.

From the first stitch to the final zip: The global journey of a COVID-19 body bag LA TImes. Grim. But good.

How to Remember a Disaster Without Being Shattered by It Wired

Modi Government’s Strategy On Farmers Appears To Be Working NDTV

From the hinterland to Hollywood: how Indian farmers galvanised a protest movement Reuters

Drought Is Not Simply a Natural Calamity, It Is Also Driven by Commercial Greed The Wire

Israel Is Heading to Its Most Dangerous Election Ever Haaretz

What Were the Legal (and Strategic) Grounds for Biden’s Syria Airstrikes? New York Magazine

The Other Carter Doctrine Foreign Affairs

Proud Boys chairman is here outside of #CPAC. I asked him about him about reports that he was a government informant. “There’s some truth to it,” he said. “I refuse to apologize for that.” pic.twitter.com/DFJrT3LXMx

Reuters, BBC, and Bellingcat participated in covert UK Foreign Office-funded programs to “weaken Russia,” leaked docs reveal The Gray Zone. “These materials may have been obtained through hacking.” For some reason, Twitter seems to think this is a bad thing.

Stimulus And The Tyranny Of ‘Practicality’ Heisenberg Report (Re Silc).

Unity Proves Elusive in Democrats’ Fight for $15 NYT. Lucy and the Football:

AOC: “There would have been a lost more resistance over other measures” had progressives known $15/hr wage would fall out

“These negotiations … were predicated” on the $15/wage. “I think that’s what really smoothed over the negotiations”

The party of betrayal does what it’s best at…

What the Neera Tanden affair reveals about the Washington DC swamp David Sirota, Guardian (Re Silc).

America: Where It’s Much Easier to Kill People Than Help Them Discourse Blog

Elijah McClain’s mother relieved he ‘is no longer labeled a suspect’ after investigation into officers’ actions CNN. The cops injected McClain with ketamine?! That’s what the Thai cave boys were sedated with, to prevent them from panicking when rescuers dragged them through a mile-and-a-half of underground tunnels! After a street stop? Really?

Black Lives Matter: Where are the Black clergy? Al Jazeera

Practical Tips for Dealing with Woke Mobbing Eric Rasmusen’s Home Page. News you can use!

The Deep South Has a Rich History of Resistance, as Amazon Is Learning Jamelle Boie, New York Times

Say it’s not so, Trader Joe’s!

trader joe’s just fired me for sending this letter to the ceo, saying i don’t share the company values. i guess advocating for a safer workplace isn’t a company value? pic.twitter.com/3TKi5B8HSJ

Mars Is a Hellhole The Atlantic

Lewisham, we have a problem: How a NASA professor is controlling Mars rover Perseverance from a flat above a hairdresser’s in a SOUTH LONDON high street Daily Mail 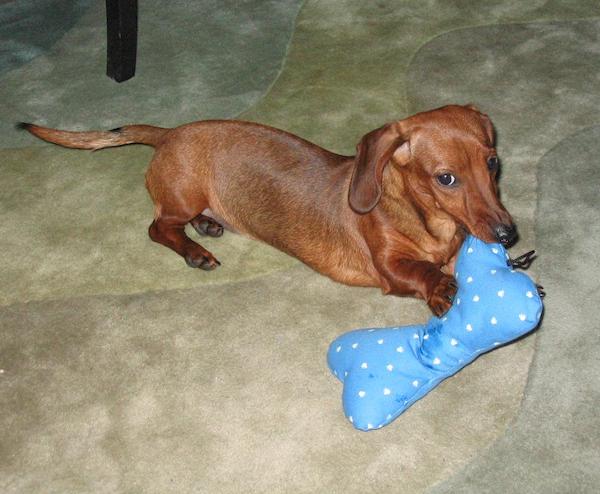 One year ago on February 28 we said goodbye to our beloved dachshund Jolie. She’d been with us going on 15 years and life was no longer much fun for her. It had been several months since she’d walk any distance outside, and more recently the fun of playing hide and seek behind the couch no longer appealed. As the severity of the pandemic was becoming apparent and the certainty but unknown scope of lock downs were on the near horizon, we decided the time had come. Here’s how we’ll best remember her – the day she joined us in August, 2005. Playful, but a bit uncertain of these two people whose family she’d joined. Was this guy with the camera going to take her new toy away?