Who is the GOAT?

What investor is your pick for the “greatest of all time”?

Many people will say Warren Buffett, whose annual letter came out this weekend. If the category were best AND longest-tenured investor, I’d agree with you. If your metric is highest overall returns by any possible means, then the short-term algorithmics trading Medallion Fund developed by Jim Simons at Renaissance Technologies is the winner. RenTec’s spectacular track record is its own category of trading, not investing.

In terms of pure stock-picking, my choice for the greatest long-term track record would be Peter Lynch. I had the privilege of having a fireside chat with Lynch, now Vice Chairman of Fidelity, at last week’s MIT Sloan annual investment conference. We sat down for 40 minutes – not nearly enough time – to discuss his many investing, stock picking and market timing ideas. None of those ideas would be unfamiliar to anyone who has read any of his 3 best-selling books. 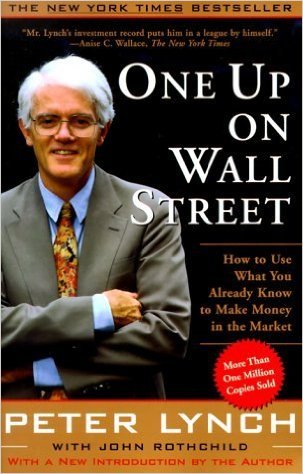 Over the course of 13-years, he turned Fidelity’s Magellan fund into the world’s best known fund. Along the way, he changed how we think about stock picking, encouraged millions of individuals to manage their own portfolios, and changed what it meant to be a fund investor. He also helped turn Boston-based Fidelity from a successful fund family into a financial powerhouse.

Lynch’s statistics are what make the case for him as the greatest of all time. When he took over the fund in May of 1977, it was a little known, $20 million offering. From 1977 to 1990, Lynch helped drive Magellan to the top of the return tables. He averaged 29.7% annually, beating the S&P 500 in 11 out of 13 years, while never having a down year.1 With Lynch as its manager, Magellan outperformed 99% of all mutual funds. In 1983, it became the single largest mutual fund in the world.2 Approximately 1 out of every 100 Americans benefited from Lynch’s success.

Some thoughts Lynch shared with us on Friday:

Corporate Management: Lynch laughs that “I always hear people telling me. ‘Hey, this company has great management. That’s why you should own it.’” To him, management may be important, but the underlying business is even more important. Why? “If you took Lee Iacoca or Bill Gates or Elon Musk, and put them in charge at Sears or JC Penny, it still would have had a miserable outcome.” At the same time, just about any barely competent executive could have run Toys R as it expanded from 20 stores to 200 or Starbucks when it grew from 20 stores to 300.  Lynch observes: “A great business is one that any fool can run, because eventually one will.”

On Warren Buffett: The “fool eventually will” quote was soon borrowed with permission by Warren Buffet, whom Lynch calls “The greatest investor all the time.”

At home in 1989, his daughter Annie answered the phone and said, “Dad, there’s a Mr. Buffett on the phone.” Lynch assumed it was one of his colleagues playing a joke. He answers to suddenly hear that familiar twang, “This is Warren Buffett from Omaha, I just read your book, its great, there is a wonderful quote in here, my annual report is due in three weeks, can I use it?” all in “7 seconds.” The quote Buffett wanted to borrow was “Getting rid of your great companies and holding onto your losers is like watering the weeds and cutting the flowers.” Buffett charmed Lynch by adding “If you ever come to Nebraska and don’t visit me in Omaha, your name will be mud all over Nebraska.”

Researching Companies: “Look at 10 companies, 8 are probably fairly priced, 1 is way overpriced and 1 is attractive. The goal is to look at as many companies as possible to find that 1 company. The person who turns over the most rocks wins.”

Predictions: They are useless. “I have no idea what’s going to happen to interest rates, inflation or whether the market’s going up or down. And basically, if you are tying your portfolio to predicting how the market is going to go or how the economy is going to go, how can anyone manage into that approach?”

When to Buy: “When things go from crappy to semi-crappy – that’s a very technical term – you can buy.” Don’t buy crappy, but when it starts to improve, you can buy it.

Market Timing: Over the last 40 years, average returns were 11% per year. But if you just missed 30 months in the market, that 11% return becomes just 3% return. 30 months out of 40 years. He notes that when the market went down, the Magellan fund went down also, observing “its just that simple.”

On His Grandson Trading Today’s Meme Stocks: Gamestop and Robinhood trading are “total gambling,” and “you need to see a psychiatrist if you do that.”

Lynch makes a strong case for tapping out when you are at the top of your game, and not milking every last cent by overstaying your welcome. Not many people in life get to do this: his early retirement as a fund manager is on par with Michael Jordan stepping down from the Bulls in 1998 and Seinfeld retiring his show before it became tiresome.

When it comes to pure stock selection and portfolio management, its hard to find a better candidate for GOAT.

2. In April 2000, Magellan was displaced by Vanguard’s S&P 500 index fund as the world’s most popular mutual fund.